Home > About the Georgia Historical Society > Board of Curators > Clyde C. Tuggle 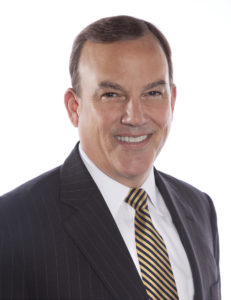 Prior to Pine Island Capital Partners, Tuggle spent 30 years with The Coca-Cola Company. Tuggle joined the Company in 1988 in the Corporate Issues Communications Department. In 1992, he was named Executive Assistant to Roberto C. Goizueta, then Chairman of the Board of Directors and Chief Executive Officer of the company, where he managed external affairs and communications for the office of the chairman. In 1998, he transferred to the company’s Central European Division office in Vienna where he held a variety of positions, including Director of Operations Development, Deputy to the Division President, and Region Manager for Austria.

Tuggle serves on the board of directors of the Georgia Power Company, where he is chairman of the compensation committee and on the boards of Oxford Industries, Inc and TRIFORM, LLC.

Tuggle is a past Chairman of the Board of Trustees of Agnes Scott College and a Trustee of the Georgia Research Alliance. He serves on the Boards of Directors of the Center for Addiction and Substance Abuse and the U.S. Russia Business Council.  He is Chairman of the Board of Directors of the World Affairs Council of Atlanta. He is a member of the Council on Foreign Relations, the Goizueta Business School Advisory Board and the Yale University International Advisory Board. In 2013, Tuggle was elected a Woodrow Wilson Visiting Fellow.

He holds a Bachelor’s degree in German Studies and Economics from Hamilton College and a Master of Divinity from Yale University. He studied at the Ludwig-Maximillian Universität in Munich, Germany and completed The Executive Program at the University of Virginia’s Darden Business School.

He was born in Atlanta, Georgia, is married to Mary M. Streett and has two children.