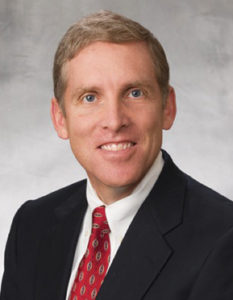 During his tenure at Cousins, Mr. Gellerstedt has steered the Company to focus on acquiring, developing and operating urban trophy office towers in high-growth Sunbelt markets while maintaining a conservative balance sheet. In 2016, he led the largest deal in Cousins history – the merger with Parkway Properties, Inc. and subsequent spin-off of the combined companies’ Houston-based assets into a separately traded REIT. From 2009 to 2016, Mr. Gellerstedt led Cousins from an equity market cap of $665 million to over $3.4 billion.

Mr. Gellerstedt began his career at Beers Construction Company (Beers) in 1978 as an estimator and project manager. Eight years later, he became Chairman and Chief Executive Officer of Beers and led the company to annual revenues in excess of $1.2 billion and the company’s eventual sale to Skanska AB.

He also has held positions as President and Chief Operating Officer of The Integral Group, recognized nationally for its visionary urban mixed-use development, and as Chairman and Chief Executive Officer of American Business Products, a NYSE-listed manufacturer of packaging and printed office products.

Spanning a career of more than 35 years, Mr. Gellerstedt has received numerous accolades including Ernst and Young’s Entrepreneur of the Year, Atlanta Business League’s CEO of the Year, and Georgia Trend magazine’s Georgia’s 100 Most Influential People.

University of North Carolina at Chapel Hill, College of Arts and Sciences