Home > About the Georgia Historical Society > Board of Curators > Philip Wilheit, Sr. 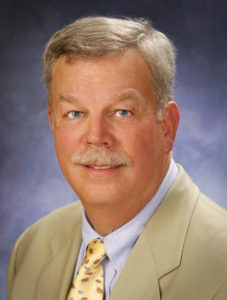 Philip Arthur Wilheit, Sr., is President of Wilheit Packaging, where he has worked for 50 years. Born in Charlotte, NC, he moved with his family to Gainesville in in 1949. He graduated from the University of the South, “Sewanee,” in 1966. Wilheit currently serves on the University System of Georgia Board of Regents, where he is a former Chairman, as Vice Chairman of the Brenau University Board of Trustees, and on the Gainesville Hall Development Authority where he has served for forty-one years as chair. Additionally, Mr. Wilheit serves on the Richard Russell Board of Trustees, the J.W. Fanning Board of Trustees, and has chaired all seventeen of Governor Deal’s election campaigns. He and his wife Mary Hart Wilheit have made their home in Gainesville where they are both active in the community. They have two married children, and four grandchildren.