Home > About the Georgia Historical Society > Board of Curators > W. Paul Bowers 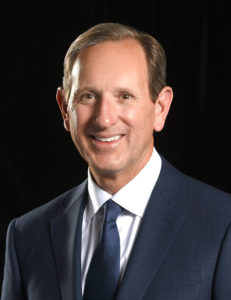 In 2011 Paul Bowers was named Chairman, President, and Chief Executive Officer of Georgia Power, the largest subsidiary of Southern Company, one of the nation’s leading energy providers.

Prior to his last position, he was chief financial officer of Southern Company, where he was rated by Institutional Investors magazine as one of the industry’s Top Three CFOs in America.

In 1998, Paul was elected president and CEO of South Western Electricity LLC (Southern Company’s former U.K. subsidiary), which he later transformed into Western Power Distribution (WPD), a distribution network company. In 2001, he was elected president of Southern Company Generation, where he was responsible for the company’s overall operational activities. He also served as CEO of Southern Power.

Paul serves on the boards of AFLAC (lead director), Children’s Healthcare of Atlanta and Brand Safeway. He is curator for the Georgia Historical Society. Paul is a past member of the Federal Reserve Bank of Atlanta’s Energy Policy Council, the Nuclear Electric Insurance Ltd. (past chairman) and the Board of Regents of the University System of Georgia. In addition, he serves on the board of trustees for the University of West Florida.

For his professional achievements and his commitment to the well-being of the citizens of Georgia, Paul has received the American Jewish Committee’s National Human Relations Award and the Council for Quality Growth’s Four Pillar Award, and has been inducted into the Junior Achievement Business Hall of Fame. In 2018, Paul was inducted as a Georgia Trustee by the governor of Georgia for exemplifying the highest standard of “Not for Self, but for Others“ in his life and career.

A Pensacola, Fla., native, Paul holds a Bachelor of Science degree from the University of West Florida and a master’s degree from Troy University. He is also a Harvard Business School AMP graduate.