Home > About the Georgia Historical Society > Office of the President > Perspectives: The President’s Column > A New Chapter for the Georgia Archives 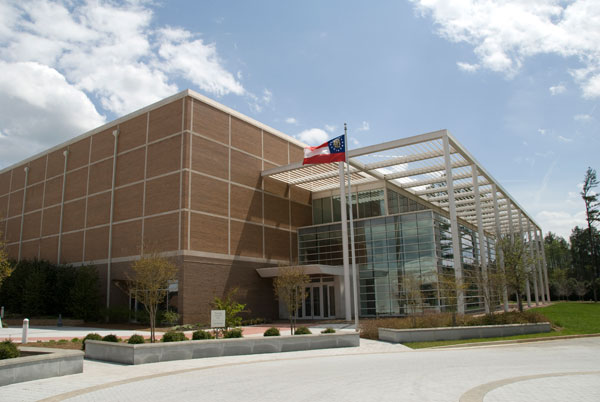 If you haven’t noticed, something big happened recently in Atlanta. No, we’re not talking about the NCAA basketball championship. It’s something even bigger, with repercussions that will last for decades to come.

During the 2013 Legislative Session, the Georgia General Assembly approved a bill transferring oversight of the Georgia Archives away from its traditional home, the Secretary of State (where it has been managed since 1932), to the University System of Georgia. The move makes Georgia the only state in the Union whose state archives will be administered by its university system, governed by a non-elected Board of Regents.

This momentous decision was the culmination of a process that went back several years. Dwindling revenue meant that state agencies were under enormous pressure to cut operating budgets and prioritize their services. With each successive budget, funding for the State Archives got smaller and smaller, until it reached a point where it was barely able to function.

And then the bottom fell out last fall. Secretary of State Brian Kemp announced that due to another round of mandated budget cuts he was forced to lay off most of the remaining staff and restrict public access to the State Archives by appointment only. It was not the outcome he wanted, he said, but he was left with no other choice.

Reaction to Secretary Kemp’s decision ranged from stunned disbelief to anger. The “Coalition to Preserve the Georgia Archives” swung into action. Consisting of a variety of archival and genealogical organizations, the Coalition was co-chaired by Kaye Minchew, director of the Troup County Archives, and Kenneth H. Thomas, Jr. former DNR Historic Preservation division historian and the leading genealogist in the state.

The resulting public outcry organized by the Coalition brought the issue to the attention of Gov. Nathan Deal. Deal offered an imminently practical solution. He fixed the short-term problem by redirecting funds in the current fiscal year budget to keep the doors open and prevent any further loss of access. To solve the longer-term problem he proposed transferring the State Archives away from Secretary of State to the University System of Georgia, where it was considered a better fit within state government.

Accordingly, a bill formalizing the transfer passed both the House and Senate and was signed by the Governor. Efforts to restore funding were less successful. The final FY14 operating budget is $4.6 million—$800,000 less than the $5.4 million the Coalition said was necessary to properly administer the Archives.

Nevertheless, the Coalition won its battle to preserve the State Archives. But many questions still remain. Will the State continue to archive its records in its current building in Morrow or will it eventually be moved to another location? How many positions will be restored? What hours will it be open to the public? With limited resources available, what functions will receive priority?

State and national archives serve as a cornerstone of democracy. As the repository of the records that document and reveal the inner workings of our government, they provide the people with a window on the activities of our leaders. More than just a source for history, state and national archives provide a form of accountability in a democratic system that authoritarian regimes simply do not permit. There is a reason why the people of Iran and North Korea are denied access to their government archives.

So everyone, not just genealogists and historians, has a stake in the future of the State Archives. And as this new chapter for the State Archives unfolds, we need to be vigilant but realistic about what can be achieved. The FY14 budget results demonstrate that transferring the State Archives to the University System may be a better alternative, but it is not a panacea. Indeed, going from being a small part of the Secretary of State to an even smaller part of a much larger University System will present as many new challenges as opportunities.

For now we can rejoice that the Georgia Archives is rescued. The goal of the next year will be to reorganize it under new management. It’s a tough assignment and not every decision will be popular. Those now responsible for managing the people’s records will need to figure out the most efficient way to operate within the “new normal” of a much smaller state budget and continue to make the documentary record of Georgia’s government available to all of us.