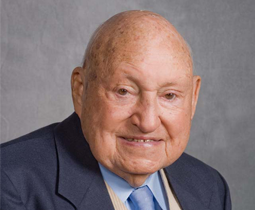 S. Truett Cathy is founder and chairman of Chick-fil-A, Inc. Cathy started the business in 1946, when he and his brother, Ben, opened an Atlanta diner known as The Dwarf Grill (later renamed The Dwarf House®). Through the years, that restaurant prospered and led Cathy to further the success of his business. In 1967, Cathy founded and opened the first Chick-fil-A restaurant in Atlanta’s Greenbriar Shopping Center. Today, Chick-fil-A has the highest same-store sales and is the second-largest quick-service chicken restaurant chain in the United States based on annual system-wide sales.

As of February 2012, there are more than 1,605 Chick-fil-A restaurants in 39 states and Washington, D.C. Remarkably, Cathy has led Chick-fil-A on an unparalleled record of 44 consecutive years of annual sales increases. Cathy’s approach is largely driven by personal satisfaction and a sense of obligation to the community and its young people. His WinShape Foundation, founded in 1984, grew from his desire to “shape winners” by helping young people succeed in life through scholarships and other youth-support programs. The foundation annually awards 20 to 30 students wishing to attend Berry College in Rome, GA. with scholarships up to $32,000 that are jointly funded by WinShape and Berry. In addition, through its Leadership Scholarship Program, the Chick-fil-A chain has given more than $30 million in $1,000 scholarships to Chick-fil-A restaurant employees since 1973. This year, the company will award $1.65 million in scholarships to its restaurant team members.

As part of his WinShape Homes® program, nine foster care homes have been established in Georgia, two in Tennessee and one in Alabama that are operated by Cathy and the WinShape Foundation. These homes, accommodating up to 12 children with two full-time foster parents, provide long-term care for foster children with a positive family environment.

Another core component distinguishing WinShape programs is WinShape Camps®. It was founded in 1985 to impact young people and families through experiences which enhance their Christian faith, character and relationships. More than 10,000 campers from throughout the country and abroad attended WinShape Camps in 2010.

In 2003, Truett helped his son and daughter-in-law, Bubba and Cindy, celebrate the opening of WinShape RetreatSM, a high-end retreat and conference facility also located on the Mountain Campus of Berry College. This multi-use facility hosts marriage-enrichment retreats, along with business and church-related conferences, and in summer months, houses WinShape Camp for girls.

Cathy built his life and business based on hard work, humility and biblical principles. Based on these principles, all of Chick-fil-A’s restaurants operate with a “Closed-on-Sunday” policy, without exception.

In addition to presiding over one of the most successful restaurant chains in America, Cathy is a dedicated husband, father, grandfather and great-grandfather. His two sons, Dan and Don (“Bubba”), have both followed their father in learning the business from the ground-up. Dan became president and chief operating officer of Chick-fil-A in August 2001 and Bubba is senior vice president of Chick-fil-A, Inc., president of the Chick-fil-A Dwarf House division and vice president of the WinShape Foundation. Cathy’s daughter, Trudy Cathy White serves as the director of WinShape Girls Camps. In 2006, Cathy welcomed the third generation of Cathy family members to the business. Truett Cathy and his wife, Jeannette, have 12 grandchildren, eleven great-grandchildren (as of February 2012) and more than 150 “foster grandchildren.”