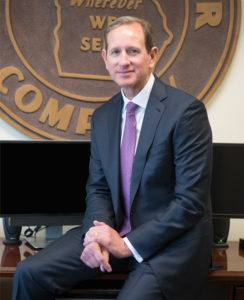 Paul Bowers is the retired Chairman, President, and Chief Executive Officer of Georgia Power, the largest subsidiary of Southern Company. Prior to assuming his last position in 2011, Mr. Bowers served as chief financial officer of Southern Company from 2001 to 2010.

Mr. Bowers serves on the boards of AFLAC (lead director), Children’s Healthcare of Atlanta and Brand Safeway. He is curator for the Georgia Historical Society. Paul is a past member of the Federal Reserve Bank of Atlanta’s Energy Policy Council, the Nuclear Electric Insurance Ltd. (past chairman) and the Board of Regents of the University System of Georgia. In addition, he serves on the board of trustees for the University of West Florida and was the 2016 chair, and current member, of the Atlanta Committee for Progress.