This week the Georgia Historical Society is highlighting the Amanda America Dickson Toomer historical marker. In consideration of social distancing precautions, the historical marker dedication was a private event. In today’s blog post, Historic Augusta, Inc., one of the marker’s sponsors, looks at Toomer’s life and the preservation of her home in Augusta. 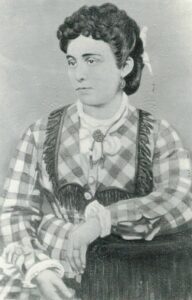 The story of Amanda America Dickson Toomer is an important if not amazing part of Georgia history. A Biracial socialite, she was one of the wealthiest women of the 19th century. Toomer was born on November 20, 1849, in Sparta, Georgia, to a White 41-year-old plantation owner, David Dickson and an enslaved twelve-year-old girl, Julie. Amanda Dickson Toomer died at her home at 448 Telfair Street on June 11, 1893. Interestingly, her home was the first building purchased by Historic Augusta in 1968 as part of the Revolving Fund that purchases buildings in need of repair for resale to preservation-minded developers.

Amanda Dickson’s mother, Julie, was owned by David Dickson’s mother, Elizabeth Sholars Dickson, who oversaw her granddaughter’s education. Amanda Dickson appeared to be an intelligent child who studied conscientiously, eventually learning about finances and business and in time managed all her own finances. She attended the normal school of Atlanta University from 1876 to 1878 where she earned her teaching degree.

After completing her teaching degree, it is thought that Amanda Dickson entered into a relationship with her White cousin, Charles Eubanks. Several accounts state they were married, however, it is questionable whether she was legally married to him. Due to interracial laws in Georgia, the couple was forbidden to legally marry. However, they may have married out of state and later returned to Georgia. They had two sons, Julian Henry Dickson and Charles Green Dickson.

Her father David Dickson died very suddenly in 1885. His death caused total chaos within the mixed-race families. His will left his estate to his daughter, Amanda Dickson. This did not sit well with the White family members and of course there were lengthy court battles. Finally, the Georgia Supreme Court ruled in Amanda Dickson’s favor. Her inheritance included 17,000 acres of land and bequests for money allotments to various family members and their children. On July 14, 1892, Amanda Dickson married Nathan Toomer, a wealthy educated man of mixed race. They resided at Toomer’s elegant home on Telfair street. 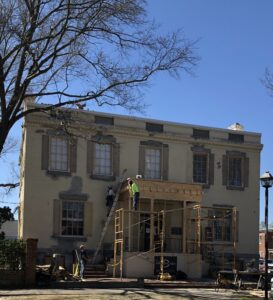 Amanda Dickson Toomer was known to be very generous with her inheritance and contributed to many organizations in Augusta, including Trinity AME Church where she was a member. A book was written about her life called Woman of Color, Daughter of Privilege by Kent Anderson Leslie as well as a movie entitled A House Divided starring Jennifer Beals.

Hock Development bought the home in 2014 with little knowledge of the home’s history. John Hock, Vice President of Hock Development, hired Doug Law of Promark to rehabilitate the home. Some of the improvements include repairing the wood trim and portico columns, repairing the crawl space louvers and rebuilding the windows to an appropriate appearance of the time. 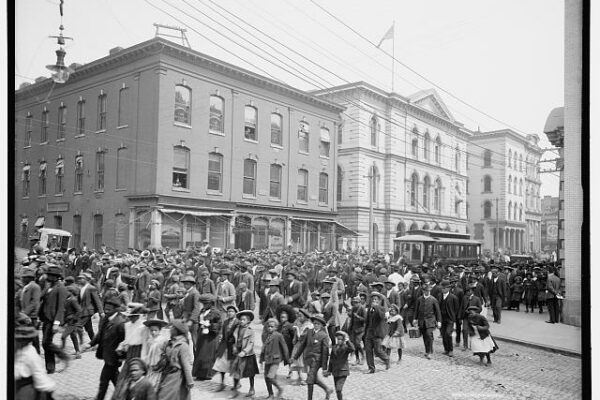 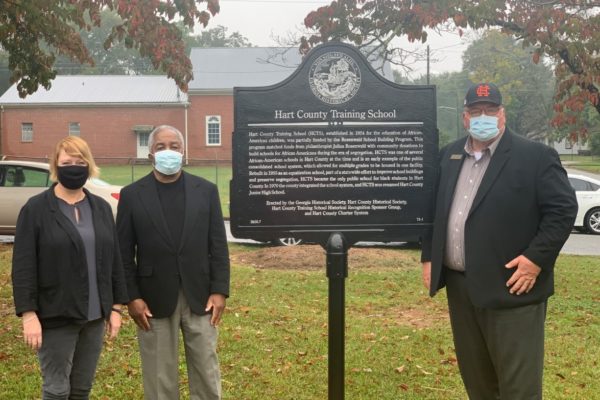