William Bartram and the American Revolution on the Southern Frontier

William Bartram and the American Revolution on the Southern Frontier 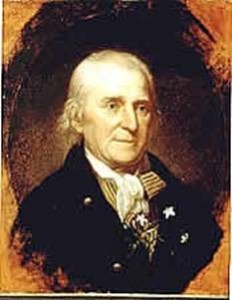 In Travels, the celebrated 1791 account of the “Old Southwest,” William Bartram recorded the natural world he saw around him but, rather incredibly, omitted any reference to the epochal events of the American Revolution. Edward J. Cashin places Bartram in the context of his times and explains his conspicuous avoidance of people, places, and events embroiled in revolutionary fervor.

Cashin suggests that while Bartram documented the natural world for plant collector John Fothergill, he wrote Travels for an entirely different audience. Convinced that Providence directed events for the betterment of mankind and that the Constitutional Convention would produce a political model for the rest of the world, Bartram offered Travels as a means of shaping the new country. Cashin illuminates the convictions that motivated Bartram, that if Americans lived in communion with nature, heeded the moral law, and treated the people of the interior with respect, then America would be blessed with greatness.

In addition Cashin offers a detailed portrait of the often overlooked southern frontier on the eve of the Revolutionary War, revealing it to have been a coherent entity united by an uneasy coexistence of Native Americans and British colonials.

A native of Augusta , Georgia , Edward J. Cashin was one of the most scholars in Georgia history. His focus was primarily Colonial and Revolutionary-war era Georgia. Read more about Edward J. Cashin’s life, work, and legacy on the New Georgia Encyclopedia.

‘Edward Cashin’s research and analysis of Bartram is extensive and complete, giving his book the weight of a major authority on the man and his travels… By pairing Bartram with the political and military events which the naturalist chose to disregard, Cashin offers us a valuable lesson in the art of historiography.” ‘ – American Historical Reviews

“Brilliant in conception, exhaustive in research from archives and fieldwork, this book introduces a new genre of historical writing. It is thus far the most definitive work on the southern Indian frontier during the Revolutionary era.” ‘ – Choices

One of the themes of Cashin’s book on Bartram is the Spirit of Discovery. Bartram’s curiosity led him on a four-year trip through Georgia and the South, the result of which influenced and impacted the new America , Europe , and indeed the world. Students may view themselves an explorer, too, navigating the world as they go through high school, college, and beyond. The same spirit of discovery that led Bartram may also lead them into medicine, the arts, or public services, and their life work may impact others, as did Bartram’s.

In addition to the scientific aspects of the journals, William Bartram’s writing also serves as some of the earliest descriptions of the culture of both the Cherokee and Creek Indians. At this time, the Cherokee were so plentiful in the southern Appalachians that Bartram refers to them as the Cherokee Mountains on occasion. He also expresses beliefs, unusual for the time, about man’s interrelation with nature, believing that man shares certain emotional and intellectual bonds with all living things. Students may then apply the idea that Nature and Man are Related to their own lives. In many ways, man now overshadows nature and man’s ways are having a deep and troubling impact on the environment. Students may heed Bartram’s call that we must live in symbiotic balance with nature.

In 1773, William Bartram undertook a four-year journey through that led him through eight southern colonies. He made many drawings and took notes on the native flora and fauna, and the native American Indians. While Bartram occupied himself the writing of what one American scholar referred to as ‘the most astounding verbal artifact of the early republic,’ the colonies found themselves on the eve of a Revolution. As important as the events leading up to the Revolution are, Bartram’s contributions to science and humanities are equally important and of lasting historical importance. He also affected many leading historical figures of the day; among the people Bartram called friends were Benjamin Franklin, Thomas Jefferson, and John Fothergill, an English surgeon whose greatest contributions were in the field of botany.

Bartram’s work was immensely popular with some of our greatest writers including Henry David Thoreau, William Wordsworth, Samuel Taylor Coleridge, Charles Brockden Brown, James Fenimore Cooper and John Muir, founder of the Sierra Club. He is one of the first people to whom the term “naturalist” is applied.

From chapter five of William Bartram and the American Revolution
‘The new lighthouse, standing near the ruins of Oglethorpe’s original wooden structure on Tybee Island, welcomed William Bartram to Georgia. Charlestown and Philadelphia, with their hectic crowds and thriving commerce, prided themselves on their civilized amenities. Georgia seemed to William several degrees removed from that kind of bustling modernity. Georgia, he recalled with pleasure, remained mostly wilderness.

Savannah’s main street, Bull Street, reached the public wharf on the river by a path down the face of Yamacraw Bluff. When he climbed the slope, ankle-deep in sand, William could see the entire southern face of Savannah, all 870 yards that ranged along Bay Street. Because the river ran from west to east and the town paralleled the river, Savannah sat southward of it. Many visitors expected the river to be flowing from north to south and had to learn that the Atlantic lay some miles due east.

William could see why James Oglethorpe chose to plant his colony atop the bluff, the highest ground of the fifteen-mile stretch from the sea. And as William looked across Bay Street on the east corner of Bull, he gazed at the very house in which the general had lodged. Built in 1733, the house stood as an example of the modest aspirations the original Georgians were expected to have. Like the others constructed according to the Trustees’ specifications, it measured twenty-four long, and eight feet from floor to ceiling. Most of Savannah’s house had been added to, and recent prosperity introduced two-story brick buildings. But a town never loses its first character completely, and a number of simple hall and parlor houses survived. Just as Charlestown replicated and elaborated on its Barbadian origins, Savannah ‘s architecture reflected the town’s humble beginnings. Oglethorpe’s best idea, the organization of the town around squares each surrounded by forty lots, gave Savannah its unique character. In 1773 the town featured six squares, each with its well or a pump and most of them fenced in. The squares provided a spaciousness that the town did not really require because there was space enough surrounding the town, but the open areas proved a blessing.

Amazons, Savages, and Machiavels: Travel and Colonial Writing in English, 1550-1630: An Anthology by Andrew Hadfield

The Tree Where Man Was Born by Peter Matthiessen

Travels and Other Writings by William Bartram

Make color copies of the images of flowers and animals on the Bartram website: http://www.bartramtrail.org/pages/discover.html. Have students pretend they are seeing these pictures for the first time (most of them are) and have them both sketch the image and write as much detail as they can. When the students are finished, reveal the names of the images and have them see if there are any correlations between their observations and Bartram’s.

Gauge the students’ response to the project and passages from Cashin’s book. If they are interested in the material, allow them to watch the remaining sections of the video. Teachers may also consider the following projects: