From its origins as an Atlanta electric company in the 1880s, Georgia Power has grown into the primary provider of electricity for the state of Georgia.  GHS is pleased to have this icon of Georgia business as a Flagship level member of the Business History Initiative.

A Georgia historical marker about Georgia Power was dedicated on August 26, 2015. The marker reads:

Electricity came to Atlanta in 1884, when the Georgia Electric Light Company of Atlanta, chartered in 1883, began operating its first generating plant and installed 22 streetlights. Henry M. Atkinson (1862-1939) was a driving force behind the development of the electric industry in Georgia and built the foundation for the present-day Georgia Power. Within five years, the company was powering 800 streetlights, a few businesses and electric streetcars. Beginning in 1902, Preston S. Arkwright Sr. (1871-1946) led the company’s growth through a string of acquisitions of smaller municipal and independently owned electric systems across the state. Known as Georgia Power (a subsidiary of Southern Company) since 1926, the company now serves millions of customers throughout Georgia.

Erected by the Georgia Historical Society and Georgia Power 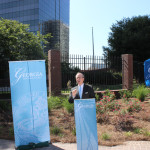 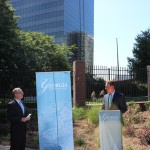 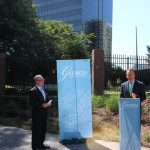 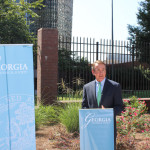 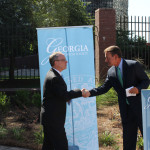 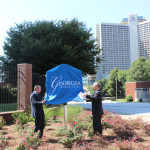 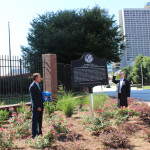 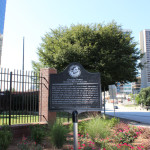 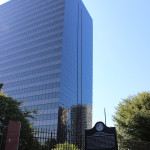 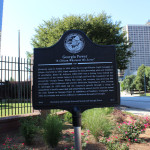