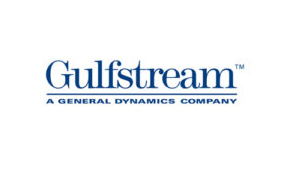 GHS is pleased to include Gulfstream Aerospace Corp. as an honoree of the Business History Initiative. A Georgia historical marker for Gulfstream was dedicated on October 14, 2017 at Gulfstream’s headquarters in Savannah, also the site of its founding in 1967.

Here, on Sept. 29, 1967, Gulfstream Aerospace Corp. established its Savannah facility, now its headquarters. The world’s first purpose-built business aircraft company was born from Grumman Aircraft Engineering Company after World War II as the warplane manufacturer adapted to the post-war economic boom. Beginning with the Gulfstream GII, Savannah became the base for Grumman’s civilian aircraft. In 1999, General Dynamics acquired Gulfstream, bringing a dedicated focus to research and development resulting in industry-leading innovations in aircraft safety and technology and worldwide customer service. In the 50 years since relocating in 1967, Gulfstream grew from 100 employees to more than 15,000 around the world. The Savannah headquarters includes facilities for manufacturing, research and development, maintenance, sales, and support.

Erected by the Georgia Historical Society and Gulfstream Aerospace Corp. 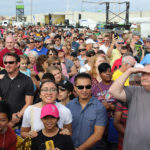 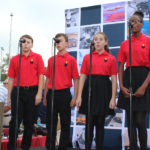 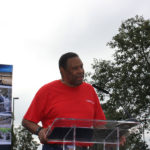 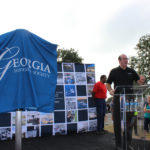 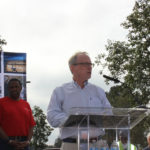 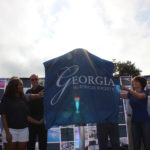 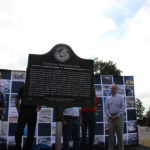 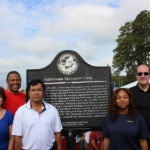