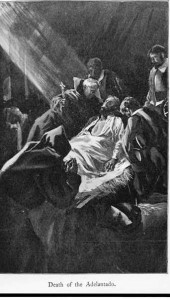 Death of the Adelantado. Library of Congress Prints & Photographs, LC-USZ62-104325

Hernando de Soto died after contracting a fever in May of 1542 in a Native American village located in modern-day Arkansas. His men buried him in the Mississippi River in the middle of the night after he passed. Prior to his death, de Soto chose Luis de Moscoso Alvarado as the new leader of the expedition.

Under Alvarado’s leadership, the remaining members of the expedition floated on rafts down the Mississippi River. After reaching its end, they continued traveling until they reached  Mexico City, which was already under Spanish control. Although some of the members went on subsequent expeditions of La Florida or returned to Spain, the majority of the survivors remained in Mexico for the rest of their lives.

Hernando de Soto’s mission was widely regarded as a failure by both members of the expedition and the Spanish government.  Despite his early successes in Central and South America and the wealth he accrued throughout his lifetime, de Soto did not accomplish what he set out to do in North America. He had hoped to replicate Pizzaro’s success in Peru by finding a rich native tribe, conquering its people, and establishing a successful Spanish settlement.

Although he made it farther into the interior of the territory ofLa Florida than any previous explorers, he failed to establish good relations with the natives and find treasures (such as silver and gold) or other items that would bring riches to the members of the expedition and the Spanish crown. De Soto was also unable to conquer the natives and establish a Spanish settlement within the territory. Instead, he lost his life in the process. With the passage of time, de Soto’s expedition has also become associated with the destruction of Native American groups in North America as a consequence of European contact.

Despite these negative points, de Soto proved himself as a brave and ruthless conquistador. He and his men ultimately traveled over 4,000 miles within the interior of North America and were the first Europeans to explore the majority of the places they visited. They were also the first Europeans to cross the Mississippi River – one of the continent’s most defining features.

As a result, the de Soto expedition also provided Spain with new, important information about the territory of La Florida. The information the men gathered led to the creation of a more detailed map of the region, which is commonly referred to as “The de Soto Map” and can be seen below. Additionally, the surviving accounts of members of the expedition, including those written by the Knight of Elvas, Rodrigo Rangel, and Luis Hernández de Biedma, provide historians with a plethora of information about the native cultures the expedition encountered. 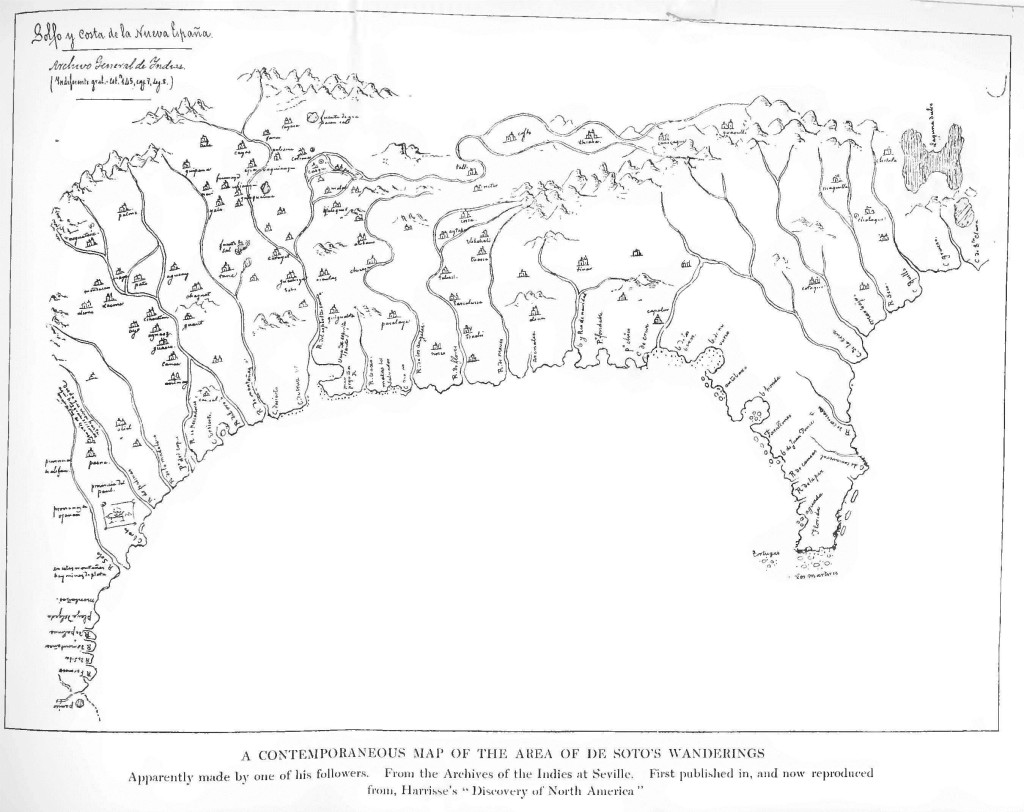