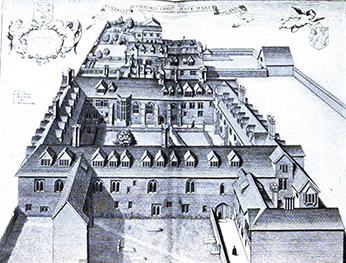 James Edward Oglethorpe was born in 1696 in London, England into a family with active political ties to the British royal family and an interest in British politics. Oglethorpe was the youngest of ten children, and the family spent time at their homes in both London and in a small rural town outside of London, Godalming. When he was two years old his father was elected to the House of Commons, an arm of the British Parliament, and held a seat that Oglethorpe and his two brothers would hold later in their lives. Oglethorpe’s father died when he only was six-years-old.

Oglethorpe’s mother and father were Jacobites. The Jacobites supported James the II and his family – the Stuarts. In 1688 the English Parliament forced James II to leave England and his daughter Mary II and her husband William of Orange became the new English monarchs. This is known as the Glorious Revolution. The Jacobites were not happy with the Glorious Revolution; they wanted James II to return from exile as King of England and Scotland. Oglethorpe’s controversial family political affiliations often caused trouble for him during his political and military career.

Oglethorpe enrolled at Corpus Christi College at Oxford University when he was 17 years old, but left before graduating to attend a military college in France. The Turkish Empire was advancing on Europe, and Oglethorpe went to help successfully defend the continent while serving as an aide to Prince Eugene of Savoy.

Oglethorpe eventually returned to Corpus Christi College though he never graduated. He may not have stayed at Oxford long, but Oglethorpe could read and speak Latin. He loved to read classical literature and could quote Roman poetry from memory in his eighties. His ideas about governing the Georgia colony had a lot to do with what he learned and read about ancient Greece and Rome while at Corpus Christi College.

In 1885, artist Richard West Habersham painted “Portrait of James Edward Oglethorpe at Belgrade in 1718.” The portrait shows Oglethorpe as a young man in service of Prince Eugene of Savoy. 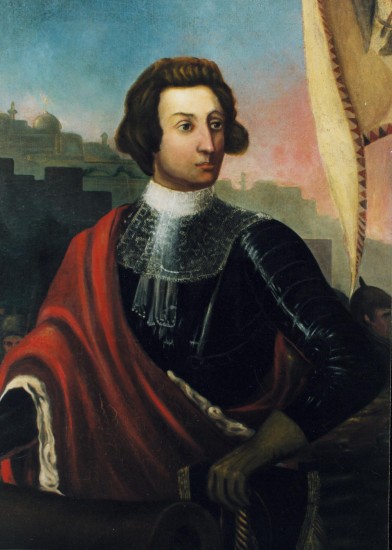 Continue to Oglethorpe as a Georgia Trustee