With the help of his mentor Joel Poinsett, Frémont got his first surveying jobs with the U.S. Army’s Bureau of Topographical Engineers. It was on these early surveys that Frémont decided his future career path. We can learn a lot about American history from Frémont’s early explorations which included surveying a proposed railroad route from Charleston, SC to Cincinnati, OH, military reconnaissance of Cherokee Country in preparation of the forced removal of the Cherokee, and a map-making survey of the Upper Mississippi River Basin. 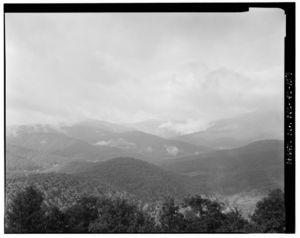 In 1837, President Martin Van Buren made Joel Poinsett his Secretary of War. As Secretary of War, Poinsett helped get Frémont hired as an assistant engineer on the U.S. Army’s Bureau of Topographical Engineers’ survey of the proposed railroad route from Charleston, South Carolina, to Cincinnati, Ohio. Frémont was assigned to a survey party working in the mountains of South Carolina and Tennessee. The survey ended early, but it was just the beginning of Frémont’s surveying career.

How much has the field of surveying and mapmaking changed since the 19th century? Today, surveyors and map makers rely on the Global Positioning System (GPS) and geographic information systems (GIS) to record and display geographic information. This technology is not just limited to professionals and scientists. Anyone with an internet connection can access maps, GPS coordinates, and even satellite images of almost any location in the United States and the world.

In this quote from his Memoirs, Frémont talks about his experience surveying in the mountains of South Carolina and Tennessee.

Just then an opportunity was offered me to go under Captain W. G. Williams, of the U. S. Topographical Corps, as one of the assistant engineers on surveys to be made for a projected railway from Charleston to Cincinnati. I gladly accepted the chance that fell to me, and spent a summer in congenial work among the mountains of South Carolina and Tennessee. There were several parties, each under an able engineer. That to which I belonged was under the direction of Lieutenant White, a graduate of West Point, who knew well how to make our work agreeable. We were engaged in running experimental lines, and the plotting of the field notes sometimes kept us up until midnight. Our quarters were sometimes at a village inn and more frequently at some farmer’s house, where milk and honey and many good things were welcome to an appetite sharpened by all day labor on foot and a tramp of several miles backward and forward, morning and evening. It was cheery, wholesome work. The summer weather in the mountains was fine, the cool water abundant, and the streams lined with azaleas. As often is with flowers of that color the white azaleas were fragrant. The survey was a kind of picnic with work enough to give it zest, and we were all sorry when it was over.

Frémont was next invited to assist Captain Williams of the U.S. Army’s Bureau of Topographical Engineers in a military reconnaissance of Cherokee Country. Reconnaissance is a military term for the exploration or examination of an area to gather information. The purpose of this reconnaissance was to prepare for the removal of the Cherokee Nation from the Southeast to land in present-day Oklahoma. During this assignment, Frémont felt like he had found his life’s calling: “Here I found the path which I was ‘destined to walk.’” The reconnaissance happened in the winter of 1837-38 and the Cherokee were forcibly removed around a year later in the fall and winter of 1838. The forced removal of the Cherokee is known as the Trail of Tears.

In these selections from his Memoirs, Frémont gives his thoughts on the relationship between the United States government and Native Americans.

It had been the policy of President Jefferson, suggested by his acquisition of the Louisiana territory, to remove all the Indian tribes from the Eastern States to the west of the Mississippi. This policy was adopted and carried forward by Mr. Monroe, and completed under President Jackson.

The last to be removed were the Cherokees who inhabited a district where the States of North Carolina, Tennessee, and Georgia cornered together. This territory was principally in Georgia, and consisted in greater part of a body of land ceded to the Cherokees by Georgia in 1783.

For the good of the bordering States, and for the welfare of the Indians as well, this was a wise and humane measure. But the Cherokees were averse to the change. They were unwilling to leave the homes where they had been domiciled for half a century.

The efforts of the Protestant churches had been limited by time and extent of territory. The area of their work had been confined chiefly to a part of the country east of the Mississippi, where they found the field yet unoccupied and the influences English and Protestant. The Catholic Church was first in the field in the West. Its area west of the Mississippi extended from the Gulf of Mexico into Canada and along the shores of the Pacific, where, under Spanish rule, their stable policy was best displayed.

On the other hand, our Government, itself changing in its personality every few years, administered the details of its general policy through agents to whom change was the normal and expected condition ; who had no persistent interest in the Indians and, above all, no responsibility. So there has been no continuous effective policy by the Government except in the removal of the Indians from East to West, and out of the way of the white man, as the tide of population rose.

These results clearly show that the Indians were capable of being civilized and utilized, and they show too how this could be effected more or less by the nature of the policy directed upon them.

Our army is a permanent body, having continuity of existence, and its officers have not only a class responsibility but a responsibility founded in a regard for their individual and personal honor, and the honor of the body to which they belong. These two qualities of permanency and responsibility make the army the best and simplest as well as the safest and least expensive medium through which to control and care for these Indian wards of the nation. We have taken away from them their property and means of support and are bound to a corresponding obligation. 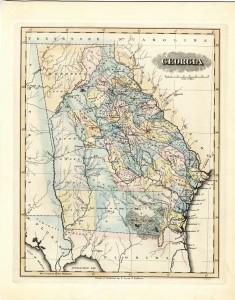 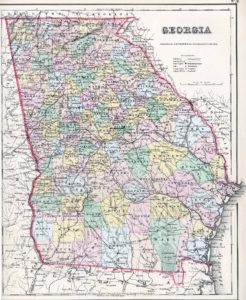 Joseph N. Nicollet, another important mentor, entered Frémont’s life in May of 1838. Joseph Nicollet was a French mathematician and astronomer. At the age of forty-five, he left his home country to come to the United States in search of better career opportunities. Nicollet had a passion for geography. Geography is the study of the physical features of the earth, its atmosphere, and of how humans interact with the physical features of the earth and its atmosphere. As a geographer, Nicollet and later Frémont used their knowledge of math and science to create accurate maps of physical landscapes, describe the climate and soil conditions of an area, and give detailed reports about the humans living in the areas of their study.

The United States government hired Nicollet to lead two map-making surveys of the region known as the Upper Mississippi basin. The survey would explore the region between the upper Mississippi River and the Missouri River including parts of modern-day Minnesota, North Dakota, and South Dakota. In addition to drawing a map, Nicollet was asked to keep detailed notes on the Native American groups living in the region. Nicollet was given twenty-five-year-old John C. Frémont to assist him with this task. After completing the first of two expeditions with Nicollet, Frémont received a full-time position as a second lieutenant in the U.S. Corps of Topographical Engineers.

In December 1839, after completing the second of the two expeditions with Nicollet, Frémont returned to Washington, D.C. to help Nicollet take all the data they collected on the survey and turn it into a map and a report. During this time in Washington, D.C., Frémont met and married Jessie Anne Benton, daughter of Missouri Senator Thomas Benton. Jessie was a talented writer, a skill she would later use to help her husband write the report for his two most famous western expeditions. 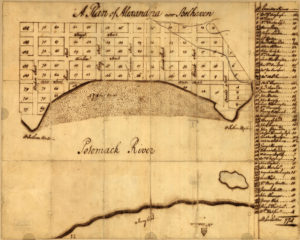 Did you know that George Washington was a surveyor and mapmaker? Washington taught himself geometry and surveying as a young teenager. Eventually Washington was hired as a Public Land Surveyor. His map-making skills and understanding of geography greatly helped Washington’s military career in the French and Indian and Revolutionary Wars.

In this selection from his Memoirs, Frémont describes the members of the exploring party.

At length we set out. As our journey was to be over level and unbroken country the camp material was carried in one-horse carts, driven by Canadian voyageurs, the men usually employed by the Fur Company in their business through this region. M. de Montmort, a French gentleman attached to the legation at Washington, and Mr. Eugene Flandin, a young gentleman belonging to a French family of New York, accompanied the party as friends of Mr. Nicollet. These were pleasant travelling companions, and both looked up to Mr. Nicollet with affectionate deference and admiration. No botanist had been allowed to Mr. Nicollet by the Government, but he had for himself employed Mr. Charles Geyer, a botanist recently from Germany, of unusual practical knowledge in his profession and of companionable disposition. 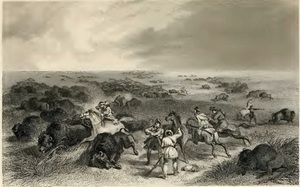 In this excerpt from his Memoirs, Frémont tells the story of how he got separated from his party and lost on the open prairie during his first buffalo hunt.

Continue to First and Second Expeditions