John C. Frémont held several political titles in his lifetime: Governor, Senator, and Presidential candidate. Frémont held the title of explorer with much more success than he ever held onto a political office, however, a lot can be learned about the political and social issues of the United States by studying Frémont’s political undertakings. Frémont held the office of senator and ran for president at a time when there was great upheaval and debate in the halls of congress on issues that would eventually lead to the American Civil War.

Commodore Robert Stockton gave Frémont the order to act as Governor of the Territory of California in 1847 but his position was not secure and quickly contested by General Stephen Watts Kearny who believed he held legitimate authority over the territory. Tensions continued between the two, and in May of 1847 Frémont disbanded the California Battalion, and led by Kearny’s army, went back east to face investigation by Court Martial.

When California became a state 1850, Frémont ran for United States Senate. Frémont sided with the “free-soil” wing of the Democratic Party, and the legislature elected him along with slavery proponent William Gwin in an attempt to appease both pro and anti-slavery proponents. Frémont only held his seat from September 10, 1850 through March 3, 1851. Frémont’s ardent opposition of slavery’s expansion into the newly formed western states most likely caused him to lose his re-election. 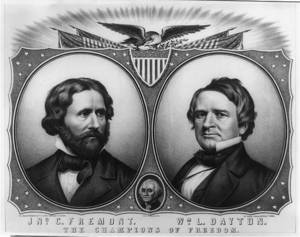 Frémont’s name appeared twice on a presidential ballot, once in 1856 as the candidate for the newly formed Republican Party, and again in 1864 as the “radical republican” candidate. Leaders in the newly formed Republican Party thought Frémont’s celebrity and outsider status would bring energy to their campaign. Frémont biographer Tom Chaffin sums up the unsuccessful bid for the presidency this way, “In their zeal to find a fresh-faced standard-bearer, the Republicans had settled on a man patently ill-qualified as a candidate and a prospective President.”

Whether or not Frémont was qualified for the highest office is up for historical interpretation, but it is clear that students of history can learn much about the political and social tensions existing in the United States in the 1850s by studying the 1856 presidential campaign.

Frémont again found himself running for president in 1864. Radical Republicans saw Lincoln’s approach to the Civil War as too weak and supported Frémont’s staunch anti-slavery sentiments. Frémont withdrew from the campaign on September 22, 1864 at the urging of Republicans who feared a split ticket would lead to the victory of Democratic candidate George B. McClellan.

From the Source: 1856 Primary Source Gallery 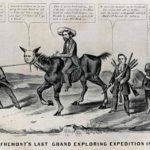 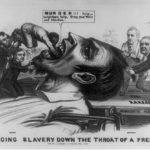 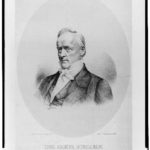 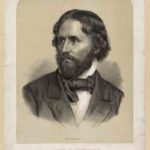