Juliette Gordon Low suffered several tragedies as she entered adulthood. Physically, Low dealt with chronic ear infections and eventually near deafness. The death of her sister Alice and difficulties in her marriage marked the first half of her adult life. Everything changed in 1911 when she was introduced to Sir Robert Baden Powell and the Girl Guides. 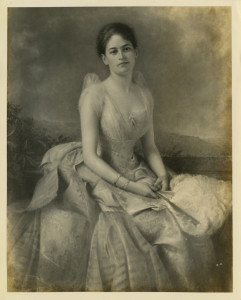 In her late teens, Daisy made her official debut into society. For upper-class girls like Daisy, a debut meant their formal education was over and they were now eligible for marriage. As a debutante, Daisy could attend balls; socialize with unmarried young men; and visit relatives and friends in the United States and abroad.

Daisy’s early days as a young adult were marked with sadness by the death of her younger sister Sarah Alice. Daisy’s mother was devastated by the loss and could not be comforted. Daisy and her siblings went through a period of mourning wearing black clothing and declining invitations to social events. Daisy also struggled with chronic ear infections as a young adult and in 1885 an experimental silver nitrate treatment left her hearing greatly impaired. At her wedding in 1886, a piece of rice got logged in her good ear giving her an unbearably painful infection. In the process of removing the rice her eardrum was punctured leaving her completely deaf in that ear. 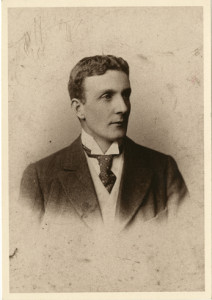 In 1882, Daisy’s father allowed her to take her first trip to Europe. It was on this trip that Daisy met her future husband William Mackay Low. Her parents did not approve of William Low. Daisy’s father had always wanted his daughters to marry a man who was accustomed to hard work and not dependent on family wealth. William Low’s father was a trusted business partner of William Washington Gordon II, however, and so he could not outright refuse the match. On December 21, 1886, Daisy married William Mackay Low at Christ Church in Savannah. 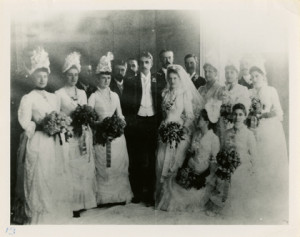 Daisy moved to England with her new husband to start a life together. Unfortunately the marriage was not the loving and devoted relationship she had witnessed in her parents. William Low spent money wildly and took on a mistress. Daisy returned to the United States during the Spanish-American War to help her mother run a convalescent hospital in Florida that served wounded soldiers. When she returned from the war the marriage had all but fallen apart, and she was in the process of seeking a divorce when her husband died in 1905. 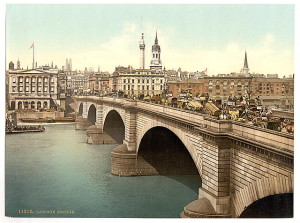 London between 1890 and 1900 Library of Congress, Prints and Photographs Division, Photochrom Collection, LC-DIG-ppmsc-08569.

Despite the loss of her sister, the loss of her hearing, and the loss of her marriage, Daisy never gave up. In 1911, a new chapter in Daisy’s life began when she met Sir Robert Baden Powell. Sir Robert Baden Powell was a British war hero and founder of the Boy Scouts and Girl Guides. Shortly after their first meeting, Daisy started a company of Girl Guides in Glen Lyon Scotland. The girls loved Mrs. Low’s famous teas and all through that summer learned about the Guide Laws, history, knots, map reading, signaling, hygiene, knitting, spinning, and most importantly had lots of fun! In March 1912, Juliette brought the Girl Guides movement to the United States, an action that still impacts millions of girls today.
From the Source

Excerpt:
“I am getting up a Corp of Girl Guides here in this Glen where the highland girls are so far from the world, they remain ignorant in all details of sick nursing or the way to feed and bring up delicate children. The Girl Guides is a sort of out come of Boy Scouts. When Baden Powell first formed the Boy Scouts 6000 girls registered as Scouts! And as he could not have girls traipsing about the Country after his boy scouts, be got his sister to form a society of Girl Guides and the first law was that they must not ever speak to a Boy Scout, if they saw him in uniform. I like girls, I like this organization and the rules and pastimes, so if you find that I get very deeply interested you must not be surprised!”