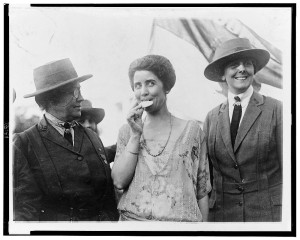 In 1920 Juliette Gordon Low resigned as president of the Girl Scouts and took on the title founder. Juliette continued to represent the Girl Scouts around the world, but left the day-to-day administration in the capable hands of Anne Hyde Choate and a dedicated national board. By the time she stepped down as president there were already 70,000 Girl Scouts, and increased to 168,000 by the time of her death in 1927. 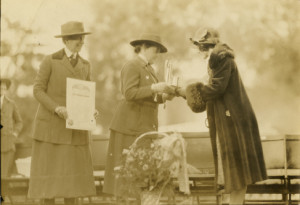 Juliette developed cancer in 1923 but kept it mostly hidden from her friends and family. Juliette had never allowed ill health to slow her down and the last three years of her life were filled with Girl Scout business. On February 12, 1926, the city of Savannah honored Juliette Gordon Low for Georgia Day.

In May 1926, less than a year before her death, Juliette realized one of her greatest dreams, hosting the fourth World Camp in the United States. Girl Scouts and Girl Guides from all over the world descended on Camp Edith Macy in New York and despite constant pain, Juliette was right beside them. 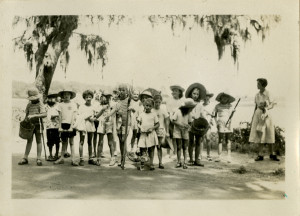 Unit I (youngest) ready to leave for camp after crabbing trip, 1948. From the Girl Scout Council of Savannah (Ga.) papers, MS 2000.

Juliette lost her fight with cancer on January 17, 1927 surrounded by friends and family at her Savannah home. Today the Girl Scouts of the USA has 3.2 million members with an international family of Girl Scouts and Girl Guides of over 10 million members. Today Girl Scouting builds courage, confidence, and character in girls, who make the world a better place. The girls would probably tell you they are just having a lot of fun just like their friend Daisy would want.