At the end of the Civil War, women in the United States began earnestly demanding suffrage (the right to vote). In 1869 the National Women Suffrage Association formed with state branches popping up in every state including Georgia. The Suffrage Movement was at its height in the mid-1900s when Juliette Gordon Low founded the Girl Scouts of the USA. 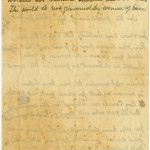 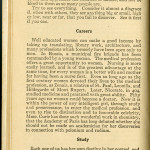 Excerpt from the letter to Edith C. Macy:

“If it is thoroughly understood by everybody that the Girl Scouts are neutral we will be left out of all practical & religious controversies. _ to leave any one in doubt means in this instance, to arouse the suspicion & perhaps the enmity of 800 suffragettes in Savannah…Neither you nor I nor any representative of Girl Scouts has any option about handling a question on suffrage because we have no right to vote at all.”