WWI and the Girl Scouts

WWI and the Girl Scouts

At the same time the Girl Scout movement took hold in the United States of America, World War One took hold of Europe. Juliette Gordon Low and her sister Mabel, both residents of England, assisted the Belgian Red Cross. Despite threatening U-boat attacks, Daisy traveled back and forth between England and the United States volunteering in the war effort and keeping the Girl Scouts running.

The War to End All Wars 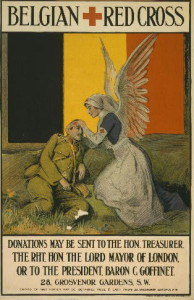 On June 28th, 1914 Archduke Franz Ferdinand was assassinated and one month later Austria-Hungary declared war on Serbia. All the major European powers quickly followed suit. By the end of August 1914 the “War to End All Wars” was fully underway.

The United States hoped to remain neutral in the Great War by practicing an isolationist policy. Germany’s policy of unrestricted submarine warfare and the discovery of the Zimmerman note which urged Mexico to wage war on the United States forced President Woodrow Wilson’s hand. On April 6, 1917, President Woodrow Wilson asked Congress for a declaration of war with Germany.  That same month, the Girl Scout board sent a telegram to President Wilson offering their help with the war effort.

Click on the image below to download a PDF of typed copies of extracts from letters of Capt. Wilmot Maitland Dougall, R.F.A. to his parents, March-September 1915, re World War I. Captain Wilmont was apparently a friend of the Gordon family, because these extracts are included in the Gordon Family papers housed at the Georgia Historical Society. Read through the letter extracts to get an idea of what it was like to be a soldier in WWI. 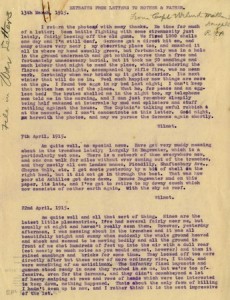 Extracts from letters of Capt. Wilmot Maitland Dougall, R.F.A. to his parents, March-September 1915, re World War I (typed copies). From the Gordon Family papers, MS 318. 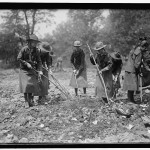 The Girl Scout movement seemed to blossom overnight in response to the United States’ entry into the war. Girls all over the country tended to victory gardens, volunteered as ambulance drivers for the Red Cross, relieved overworked nurses during the Spanish Influenza epidemic, sold war bonds, and gathered units at Red Cross sewing rooms. Suddenly, girls were putting to use the skills they learned to use in the pursuit of badges.

Important figures began to recognize the girls’ hard work. Future President and then Secretary of the U.S. Food Administration Herbert Hoover wrote to Juliette Gordon Low on two separate occasions to thank the Girl Scouts for their great work in food conservation. Mrs. Woodrow Wilson accepted the title of honorary president of the Girl Scouts as would all future first ladies including Michelle Obama. 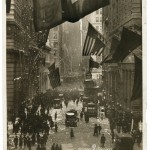 The gallery below contains two letters written by Herbert Hoover to Juliette Gordon Low thanking the Girl Scouts for their work with food conservation during the way and a page from a Girl Scout pamphlet showing girls involved in food conservation training.
Click on the thumbnails to see a larger version. 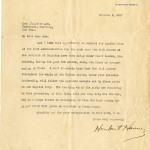 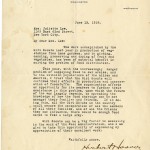 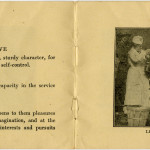