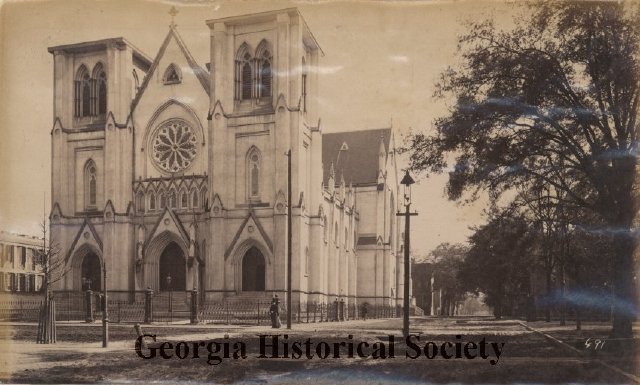 While Mathilda was working as a seamstress and a teacher, she also worked in a restaurant on Bryan Street.  Her name was listed in a restaurant ad published in 1865.  The name of the restaurant was The Railroad House, and it was owned by a wealthy free black man named Abraham Beasley. In addition to the restaurant, he owned land, a produce market, a saloon, and a boarding house.  He earned some of his money in the slave trade.  It was probably while she was working in Beasley’s restaurant that Mathilda met him.  He was soon to become her husband.

In 1869, an entry in the St. John the Baptist Cathedral ledger tells us that Mathilda Beasley (listed as Bisley) received a conditional baptism into the Catholic Church. She may have been baptized to prepare for her marriage to Abraham Beasley soon afterwards on February 9, 1869. 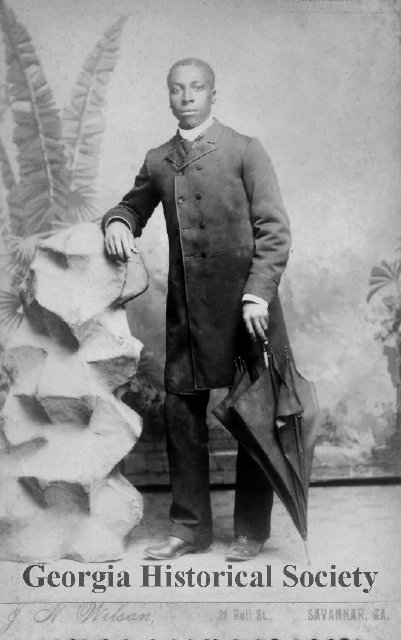 Following their marriage, Mathilda and Abraham Beasley lived at 48 Harris Street. The address numbers of houses and other buildings on east-west streets in Savannah changed in the late nineteenth century. Before that time, addresses began with small numbers at East Broad Street and became larger as they moved west. Therefore, the Harris Street home of Mathilda and Abraham Beasley was located between Price and Habersham Streets in the area of Troup Square.

Although Mathilda and Abraham did not have children of their own, Abraham had a son from his first marriage who was also named Abraham. They remained married until his death on September 3, 1877. He is buried in Savannah’s Catholic Cemetery on Wheaton Street.

Abraham left all of his money, property, and businesses to Mathilda. Mathilda in turn donated all of her wealth to the Roman Catholic Church. While we do not have documents to prove this, most historians believe that Mathilda was attempting to atone for her late husband’s financial gain from the slave trade.

Continue to Mathilda Beasley and the Catholic Church