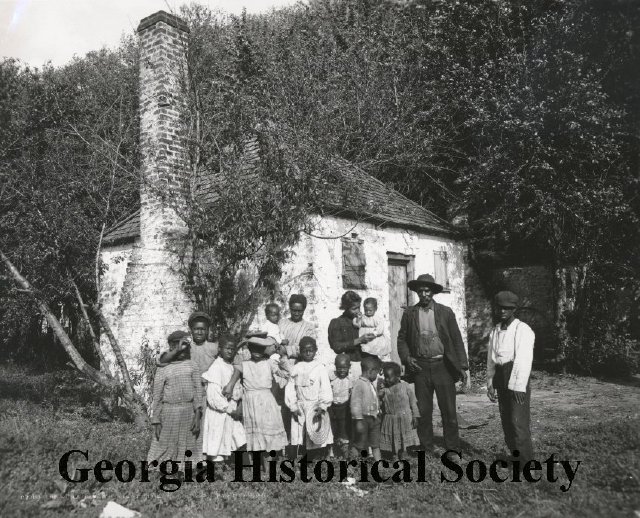 It is difficult to image risking severe punishment for daring to teach children to read and write. Mathilda Taylor dared to teach at a time when doing so could have cost her dearly.  Among Mathilda Taylor’s many acts of charity, she will be remembered for the small, secret school she ran from approximately 1850 to 1860.  She remembered the “kindnesses that had been done in her childhood by Negros” and taught slave and freed black children in her home in Savannah at a time when it was forbidden to do so.  There are no school records left to document the details of her little school.  There is, however, a plethora of information about the education of blacks during the eighteenth and nineteenth centuries.  Savannah had a rich heritage of education both before and after the American Civil War.

Federal authorities who came to Savannah after Sherman took the city remarked about the “hunger” blacks seemed to have for learning.  The local press at the time wrote that it was “as refreshing as wonderful to see with what earnestness and eager avidity these liberated people seek for information.  All manifest a great desire to learn.”  Indeed this “hunger” for education was manifested long before this time.  In 1751, Christ Church (the mother church of Georgia) in Savannah opened a school for slave children.

The education of children at the time that Mathilda Taylor taught was an open secret.  From time to time, city and state laws were passed forbidding such teaching.  In 1817 the city of Savannah passed an ordinance forbidding the education of black children by black and white teachers.  In 1829, a similar state law was passed but was “discreetly ignored.”

The punishment for teaching slaves, if the perpetrators were caught by the authorities, was $500 for whites.  For black teachers, slave or freedmen, the punishment was a $100 fine and up to thirty-two lashes with a whip in the public square. 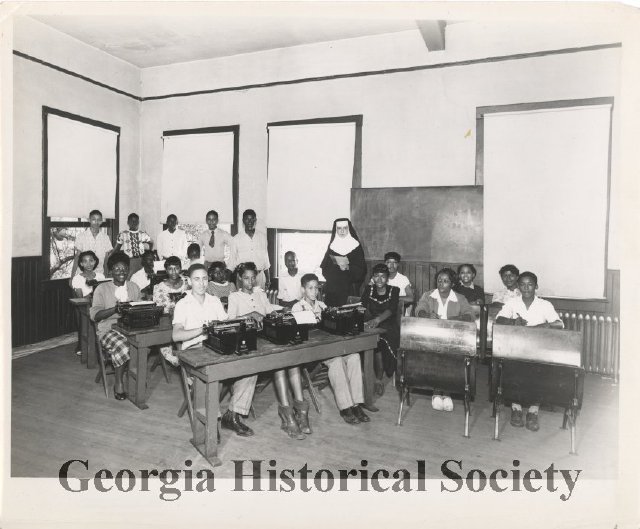 Records indicate that there were at least six or seven illegal schools for slaves in operation in Savannah in 1860.  Aside from Mathilda Taylor, some of the brave teachers were Julien Fromatin, James Porter, Mary Woodhouse, Jane Deveaux, and James Sims.  Mr. Porter was a freedman who was educated in Charleston, South Carolina, under a much more liberal and structured educational system for blacks.  In Savannah, he taught a more advanced curriculum that included “grammar, ancient and modern history, orthography, geology, arithmetic, elocution and music.”

Despite the fact that these schools were an “open secret,” students had to contrive new and ever more inventive ways to deceive the authorities.  They would wrap their books in newspapers, find circuitous routes to and from school, and put their books in baskets and cover them with the chips that the poor of the area typically used for fuel.  The secret schools would often have hiding places in them in case they were raided by the authorities.

Defying conventional wisdom, some slave-owners wanted to teach their black slaves to read and write. Some did so when literacy for their slaves would behoove them financially. If a slave knew basic arithmetic, for example, he could keep a ledger for the day’s work. One southern congressman justified allowing his slave to be educated because “the slave needed skills to know the titles of books, superscription of letters, and other things in performing errands or reading written orders.” Mother Mathilda devoted her life to service. Much is known about her work for the church. Less is known about her small, secret school. We are able to glean, however, her dedication to her students without concern for herself. This is the hallmark of a true heroine.

Continue to A Working Partnership