Mathilda Beasley and the Catholic Church

Mathilda Beasley and the Catholic Church

It is unclear how Mathilda first became acquainted with Catholicism.  She was born in New Orleans to a French Creole mother.  Due to the French Catholic influence in that area, it could be that the family who originally owned her mother was Catholic. It is also possible that Mathilda spent time in a Catholic orphanage after her mother died.  It has been suggested that because of her experiences as a poor, lonely, and persecuted young girl, she had great compassion for those who endured similar circumstances.  Perhaps her empathy for others drove her to do the amazing things she did in her life. 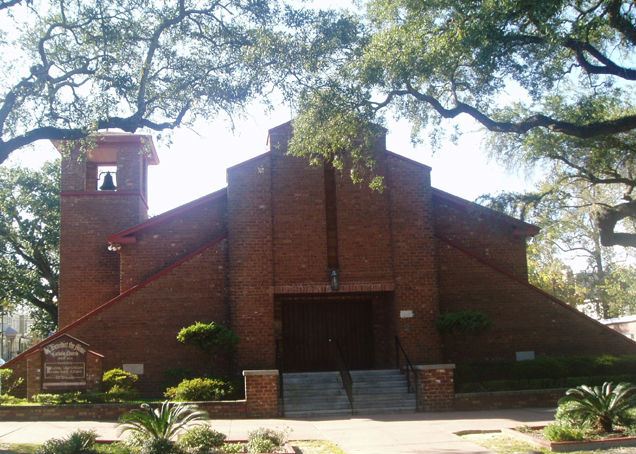 Whatever provided the impetus for Mathilda’s faith, she embraced Catholicism wholeheartedly upon her husband’s death.  She gave her entire inheritance to the Roman Catholic Church, and she requested that part of the funds be used for a home for African-American orphans. She also decided to make her faith her life’s work by becoming a nun.  In 1885, Mathilda entered a Franciscan novitiate in York, England.  When she returned to Savannah, she established an orphanage for African-American children in the vicinity of 31st and 32nd Streets and Habersham Street.  The orphanage was named the St. Francis Home for Colored Orphans and the first orphans arrived in the spring of 1887.

There are few clues to determine what encouraged Mathilda Beasley to pursue this path, particularly her choice to attend a convent in York, England. A few facts, however, suggest a possible answer. Mathilda’s husband, Abraham, owned property on Skidaway Island. Correspondence with Father Oswald Moosmuller of Sacred Heart Church indicated that Mathilda Beasley lived there at some point. In November of 1884, a group of Franciscan nuns arrived in Savannah to work with the African Americans on Skidaway Island. These nuns were from an order called the “Poor Clares,” and one of the nuns had been a member of that order in York. It has never been proven that a connection existed between Mother Mathilda and this group of nuns, but the similarities in time and location are compelling evidence of some contact.

In 1889, Mathilda formed the first community of African-American nuns in Georgia. The group was associated with the Third Order of St. Francis. At that time Mathilda began to be called Mother Mathilda, a title generally given to the senior nun in an order. Her group operated the orphanage for several years. Mother Mathilda had many obstacles to face at the orphanage. Not only was she constantly short of money and staff, but in 1895, several attempts were made to burn the orphanage. Some teenage girls living at the home reportedly started the fires.

In the late 1890s the orphanage moved to East Broad Street. The orphanage shared this site with St. Benedict’s Parish Church. Both the church and the orphanage exclusively served the African-American population in Savannah. At this time Mother Mathilda was growing older and decided that she needed more help to operate the orphanage. In 1898, three Franciscan sisters came to help, and Mother Mathilda’s original group of African-American nuns disbanded. One sister died and another left Savannah to join an all-black community in the North.

Shortly after the arrival of the Franciscan nuns, Mother Mathilda moved out of the orphanage. Sacred Heart Church gave Mother Mathilda a cottage at 1511 Price Street. She continued to work at the orphanage, however,and took in sewing. She gave the money she earned from her sewing to those in need. 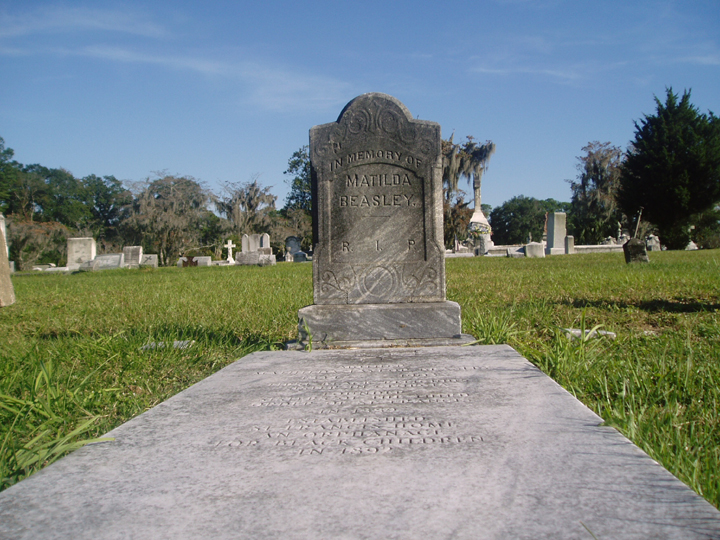 Mother Mathilda died on December 20, 1903. She was engaged in devotions in her private chapel at the time of her death. Located next to her were her burial clothes, her will, and instructions for her funeral. Protestants and Catholics, blacks and whites attended her funeral mass. The Savannah Morning News reported that there were no available seats in the entire church for the service. In accordance with her instructions, no words of eulogy were spoken at the service, but she was memorialized in the press. The newspaper called her “the idol of the poor, especially among the Negroes.” She was buried at Savannah’s Catholic Cemetery on Wheaton Street.

Mother Mathilda’s legacy of faith and charity continues to this day. Sacred Heart Church established the Mother Mathilda Beasley Society in her honor. This organization promotes charitable programs and raises awareness of African-American contributions to the Roman Catholic Church. The city of Savannah dedicated a park in memory of Mother Mathilda in 1982. The park includes basketball courts, a baseball field, and playgrounds. A historical marker on the site recounts her many accomplishments. Mother Mathilda Beasley’s legacy provides a model of faith, courage, determination, and perseverance.