Cherokees After the American Revolution

Cherokees After the American Revolution

The Cherokee in the New Republic 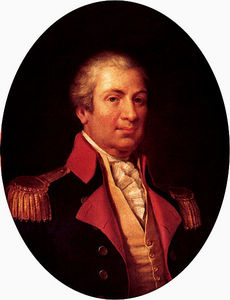 From the earliest days of American independence, relations with Native American tribes had been a primary concern for national security.  One of the most influential individuals in shaping Indian policy by the new United States government was Henry Knox, Secretary of War under the Articles of Confederation as well as President George Washington.  He believed that “civilizing” or assimilating the tribes to European ideals would provide the best path to lasting peace.

His view of civilization meant that Native Americans would become small farmers, giving up hunting (and the vast lands needed to maintain the migratory lifestyle that accompanies it) and developing established, permanent villages.  He felt they should adopt European dress and family life (living in nuclear families), learn to speak English, and convert to Christianity.  Knox believed that these transitions in tribal life would encourage the voluntary sale of Indian hunting land to American settlers  in order to support of developing farms and villages.  Knox was likely very optimistic about future relations with the Cherokee as they had been a primarily agricultural society for hundreds of years before Europeans ever came to North America.

Christian missionaries also participated in the “civilizing” of the Cherokee.  These included a number of Moravian missionaries who worked in towns and villages throughout North Georgia – including New Echota.  Missionaries taught reading, writing, arithmetic, housekeeping, personal grooming, table etiquette, and other topics deemed necessary for civilization.  They discouraged them from any “heathen” activities such as the violent ball games so much a part of Cherokee culture.  As was to be expected, the Cherokee generally accepted ideas they considered helpful and rejected those that seemed useless.

Though early agreements with the United States, like the Treaty of Hopewell in 1785, seemed to provide protection to the Cherokee against further encroachment into their land, it soon became apparent that the new American settlers were no more willing to halt their territorial expansion than the English settlers before them.  Deep and lasting divisions emerged within the Cherokee leadership and among the tribe itself about how to respond to the ongoing efforts of the new settlers.  Some advocated for negotiation and assimilation, while others fought diplomacy at every turn.  The most strident in their opposition were the Chickamaugas, a group of Cherokee mainly from modern northeastern Alabama who fought all negotiation with the Americans until the mid-1790s.

These divisions within the Cherokee Nation continued throughout the lifetime of Sequoyah and even beyond.  By the early 1800s, the continual loss of Cherokee land caused many (including Sequoyah and his family) to relocate to reserved and (temporarily) undisputed lands further west.  Distance could only intensify these internal divisions as two separate nations – east and west – began to develop within the Cherokee.