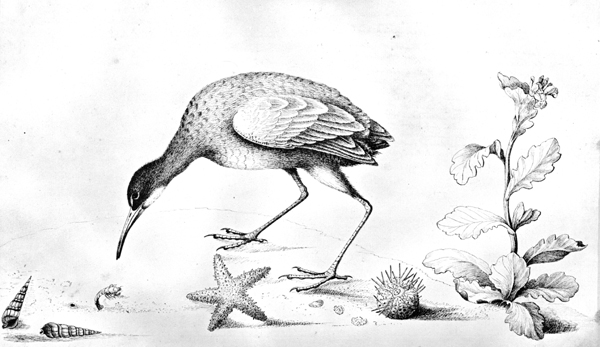 To begin to understand William Bartram and the importance of his work, it would be most helpful to go outside for a short walk. Choose a place with trees and lots of shrubbery. If at all possible go to a park or a nature trail.

Take the opportunity to relax in this setting for a few minutes, and then begin to look intently at the trees, shrubs, and flowers that are around you. Look more carefully; notice how these plantings are different. Examine the leaves, the bulbs, and the roots. Try to count how many different types of plants you see.

Now try to describe all of this to a friend or family member in detail. You may want to write the descriptions of what you have seen in a journal and perhaps you may want to add a detailed drawing of the different plants, trees and shrubs that you have seen. This will probably become a difficult task and one that will take a long time to complete.

Come back to study William Bartram. Bartram was passionate about nature. He studied nature and then organized it. He wrote about it in great detail and did wonderful drawings that are published in books. Even though this work was completed in the 1700s, we can still read books by him and look at his drawings of different aspects of nature.

More than any of his siblings, William wanted to follow in his father’s footsteps as a naturalist. As early as age fourteen, he began to draw birds and then began to draw maple trees and other plants. However, his father was concerned that perhaps William could earn a better living for himself doing another type of work. William had offers to study printing, medicine, surveying, and engraving, but he turned down or failed at these other opportunities. 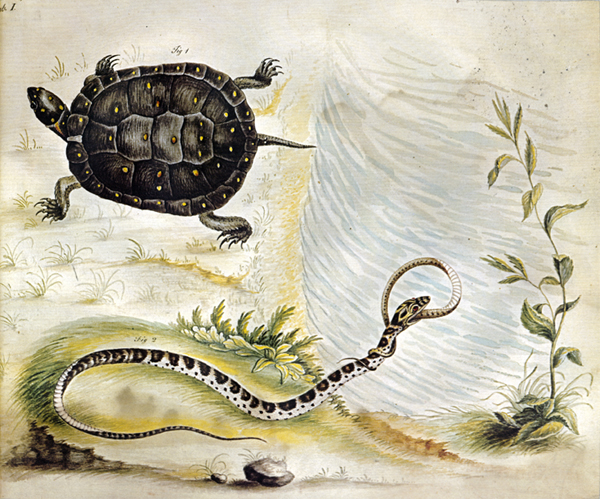 While he worked as a merchant in North Carolina, he still made illustrations of plants and animals. His father John sent these drawings to London. William’s drawings of birds and turtles were used in publications in 1758.

William’s father John worked as the botanist to King George III, who wanted to learn as much as possible about the American colonies. John’s father went to visit William in North Carolina and allowed William to serve as his assistant on an expedition to Florida to study nature.

During this trip in 1765, William learned to travel in the wilderness and to study nature in a more careful way while making his drawings.  At the end of the trip, William decided to stay in the St. John’s area of Florida to raise indigo and rice. Growing these crops could be very difficult, and when William was not successful, he returned home to Philadelphia for few years. In Philadelphia he still earned a little money by drawing for royalty, this time for the Duchess of Portland. Bartram met the kind and intelligent Dr. John Fothergill, his future patron, through her.

Dr. Fothergill was interested in William and recognized that he was a “genius.” He offered to pay William to return to Florida and study the area’s plants, animals, and people in great detail. Dr. Fothergill wrote many instructions as to how William was to work while on this trip. He was to collect and ship plants as well as to make drawings of plants and shells.

The most important work of William Bartram in nature was done on this famous trip from 1773-1777. These are the years that Bartram traveled in North Carolina, South Carolina, Georgia, Florida, Alabama, Mississippi, Louisiana, and Tennessee.  In 1791 he published the story of his journey in a book entitled Travels through North and South Carolina, Georgia, East and West Florida, the Cherokee Country, the Extensive Territories of the Muscogulges or Creek Confederacy, and the Country of the Choctaws.  Today this book is usually referred to by its abbreviated title, Travels.  It contains Bartram’s own writings taken from the journals he kept from during his trip.  These writings are very valuable to understanding William Bartram’s love of nature.

Even though Bartram had received instructions on specific duties that he was to perform during this trip, he did much more. Besides drawing, collecting, and writing about plants and shells, he studied all of nature. He described the soil, the water, the weather, the bugs, the reptiles, as well as the American Indians he encountered.  He carefully observed and recorded all of his observations in writing.

Continue to Bartram and the American Indian