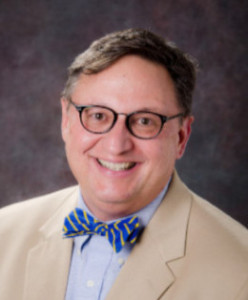 A Record 3,500 Students to March in Celebration of Georgia’s 283rd Birthday

Savannah, Ga., February 11, 2016 – In celebration of Georgia’s 283rd birthday the Georgia Historical Society announced today that Ernie Lee, 2016 Georgia Teacher of the Year, has been named the Grand Marshal of the Georgia Day Parade.

“I am humbled to be asked and given the honor to lead Georgia in celebrating its 283rd birthday,” said Ernie Lee.  “I absolutely love teaching history and getting students excited about history, so this will be one of the highlights of my year as both state and district teacher of the year.”

Ernest William Lee, II, was named the 2016 Georgia Teacher of the Year by the Georgia Department of Education.  An attorney for 20 years, Lee chose to become a teacher in order to make a positive and lasting impact on his community.  He is now on faculty at Windsor Forest High School in Savannah where he teaches International Baccalaureate History, U.S. Government and Civics.   As Georgia Teacher of the Year, Lee serves as an advocate and ambassador for public education in Georgia.

The Georgia History Festival is the signature K-12 educational program of the Georgia Historical Society. Beginning with the new school year in September, the Georgia History Festival’s public programs, exhibits, in-school events, and educational resources bring history to life for students of all ages and encourages Georgians to explore the richness and diversity of our state’s past. The festival culminates in February, the founding month of the Georgia colony, with Founding City events like the popular Colonial Faire and Muster living history program held at Wormsloe State Historic Site, Savannah’s colorful Georgia Day Parade, and the annual Trustees Gala.

The Georgia Day Parade is a part of the annual commemoration of the founding of the Georgia colony on February 12, 1733 by James Edward Oglethorpe and a tradition dating back to the earliest years of the colony’s founding.  Each year the Georgia Historical Society invites students, musicians, local dignitaries, and costumed historical figures to march through Savannah’s historic squares during this beloved annual event.