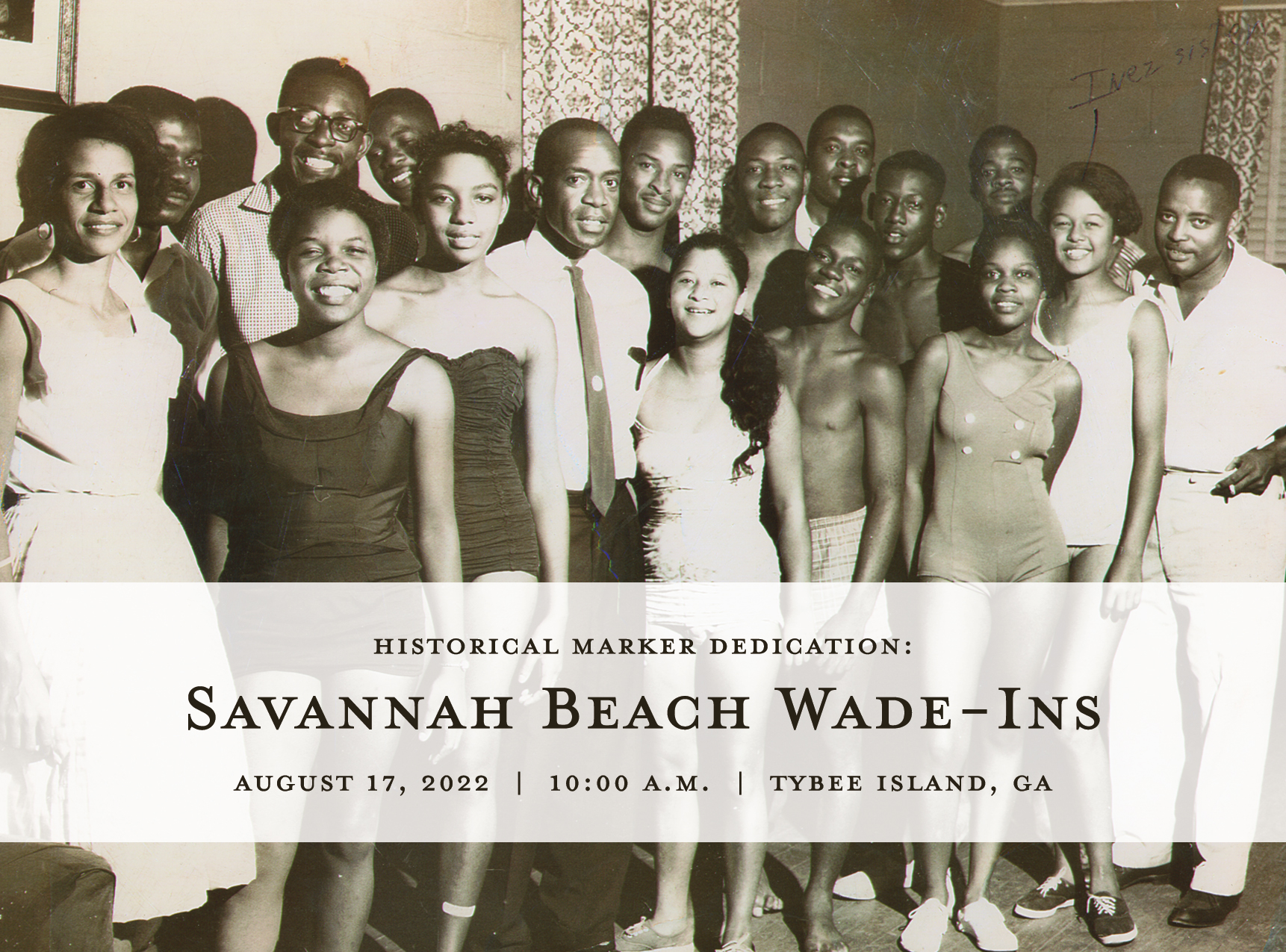 On August 17, 2022, please join the Georgia Historical Society for the dedication of a historical marker recognizing the Savannah Beach Wade-Ins. The dedication will take place at the Tybee Island Pier on Tybee Island, in Chatham County, Georgia.

On August 17, 1960, eleven African-American students were arrested six blocks north of here at Georgia’s first wade-in protesting the Whites-only public beaches. During the era of segregation, Savannah’s African Americans were forced to travel outside of the city for public beach access. NAACP Executive Secretary Roy Wilkins announced the wade-in as a desegregation tactic for public beaches following the April 1960 wade-in at Biloxi, Mississippi, where an angry White mob attacked protestors. An extension of the Savannah Movement, the Savannah Beach wade-ins were planned and implemented by the local NAACP Youth Council under the leadership of W. W. Law. The last wade-in at Savannah Beach was in July 1963. Savannah Beach and the city’s other public places were integrated by October 1963, eight months before the passage of the Civil Rights Act of 1964.