The Georgia Historical Society presents a conversation with Pulitzer Prize and National Book Award-winning historian and author Annette Gordon-Reed. Join us for an exploration of Gordon-Reed’s career, including the research and reception of The Hemingses of Monticello: An American Family (winner of the 2009 Pulitzer Prize in History and the 2008 National Book Award), Thomas Jefferson and Sally Hemings: An American Controversy, and On Juneteenth, her latest book, and her work’s impact on modern scholarship.

Preceding the conversation, she will be inducted as the newest Vincent J. Dooley Distinguished Teaching Fellow, in recognition of her service to the field of history and support of the mission of the Georgia Historical Society.

This program is free and open to the public. Book signing to accompany event.

For those unable to join us in Savannah, you can watch a livestream of the program at https://vimeo.com/event/2608314. 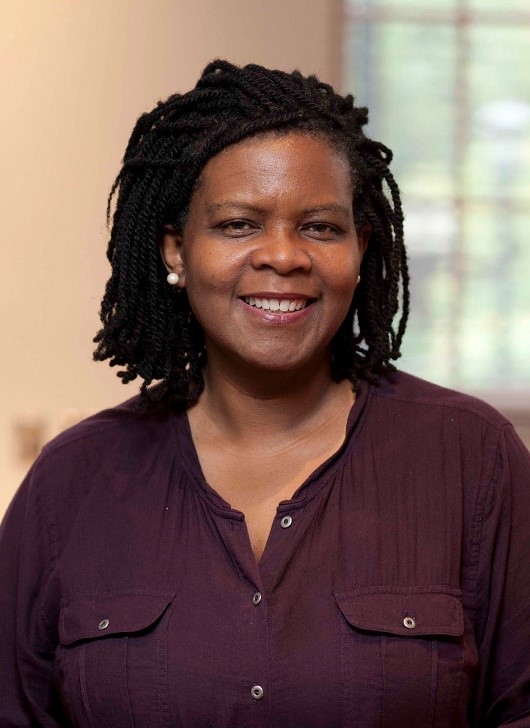 Annette Gordon-Reed is the Carl M. Loeb University Professor at Harvard University’s Law School and is Professor of History in Harvard’s Faculty of Arts and Sciences.

Gordon-Reed won sixteen book prizes, including the Pulitzer Prize in History in 2009 and the National Book Award in 2008, for The Hemingses of Monticello: An American Family (W.W. Norton, 2008).

In addition to articles and reviews, her other books include Thomas Jefferson and Sally Hemings: An American Controversy (UVA Press, 1997); Andrew Johnson, a volume in the “American Presidents Series” (Times Books/Henry Holt, 2010); and, with Peter S. Onuf, “Most Blessed of the Patriarchs”: Thomas Jefferson and the Empire of the Imagination (Liveright, 2016). Her most recent book, On Juneteenth, was published in 2021. 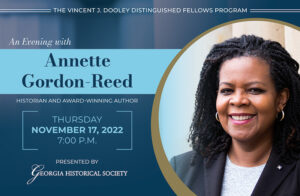