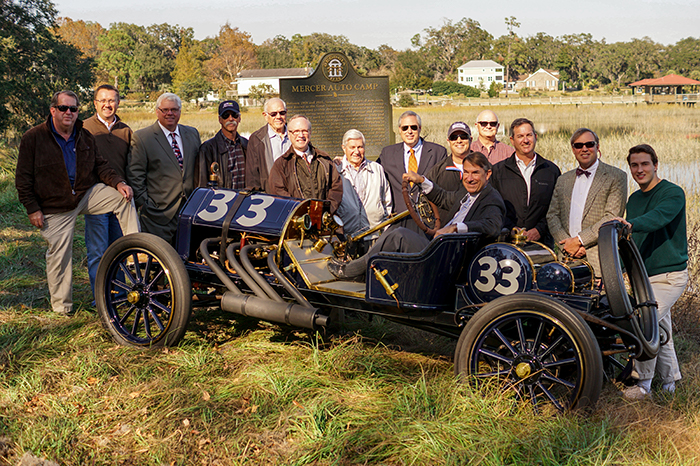 Savannah, Ga., November 22, 2016 – In commemoration of the 105th anniversary of the Savannah Grand Prize Race of 1911, the Georgia Historical Society (GHS) and Critz Auto Group have partnered to replace a historical marker about the Mercer Auto Camp. The Mercer Automobile Company, participants in both the Savannah Challenge race and the Vanderbilt Cup race that year, used the Auto Camp to provide housing for team members—with additional space for cars, parts, and fuel.

The new marker replaces one erected in 1995 that had been reported missing. In addition to erecting new historical markers, the Georgia Historical Society now oversees the care and maintenance of the older historical markers erected by the Georgia Historical Commission and the Georgia Department of Natural Resources. By partnering with Critz Auto Group, GHS was able not only to replace the missing marker but to also correct several inaccuracies in the old marker text.

“The new Mercer Auto Camp historical marker is a prime example of how GHS can work with members of the community to ensure that our state’s fascinating history remains accessible to the general public,” said Dr. W. Todd Groce, President and CEO of the Georgia Historical Society. “We are grateful to Dale Critz, Jr. and the Critz Auto Group for making this replacement possible.” 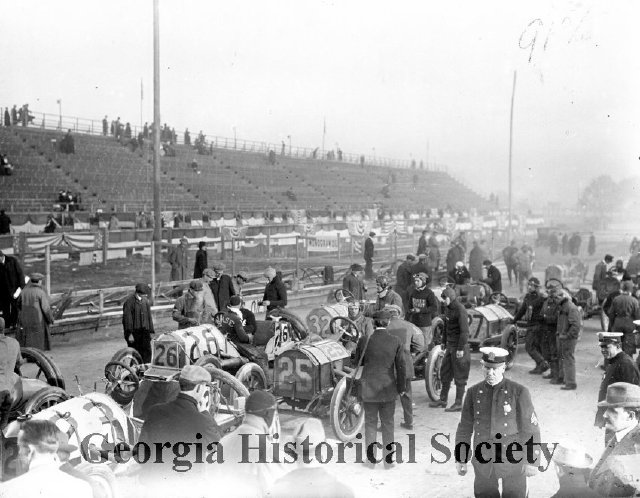 Widely known across the world, the Savannah Races continue to draw racing and automobile enthusiasts to the area. Ensuring that Georgia’s historical markers are well-maintained and accessible is just one way the Georgia Historical Society encourages modern-day Georgians and visitors alike to explore and better understand our state’s history. The new Mercer Auto Camp marker was reinstalled on LaRoche Avenue, at the site of the Camp, with the assistance of Majestic Oaks Homeowners Association.

“As the owner of one of the few cars still in existence that raced in the Great Savannah Races and as a resident of Isle of Hope, I am happy that we were able to replace this important historical marker that recognizes the Mercer Automobile Company and its owner, Washington Roebling II, the only car company owner to pilot a car in the races,” said Mr. Critz, President and CEO of Critz Auto Group. “Sadly, Washington Roebling II died on the Titanic in 1912, otherwise we might still be racing Mercer Automobiles.”

Since assuming responsibility last year for the nearly 2,000 historical markers installed by the state of Georgia prior to 1998, GHS has conducted an inventory of all historical markers and is partnering with local organizations across the state to repair, replace, and maintain individual markers.

Between 1908 and 1911, Savannah hosted a series of auto races, now known as the Great Savannah Races. An automobile camp was constructed at this site along the racecourse to provide housing for racing team members as well as garage and storage space. Initially used by Grand Prix manufacturers Itala and Chadwick during the 1908 races, the Mercer Automobile Company of Trenton, New Jersey, used the camp beginning in 1910 and made entries in the 1910 and 1911 Savannah Challenges and the 1911 Vanderbilt Cup. Washington Roebling II, the only company owner who drove in the races, and driver Hughie Hughes led teams in the events. Hughes won the 222.82-mile 1911 Savannah Challenge, at an average speed of 70 mph. The camp was destroyed by Hurricane David in 1979.