Georgia Historical Society and Office of the Governor to Induct A.D. “Pete” Correll and F. Duane Ackerman as the Newest Georgia Trustees 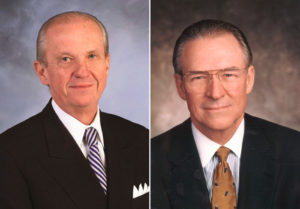 Atlanta, Ga., September 16, 2016 – The Office of the Governor and the Georgia Historical Society (GHS) announced today that A.D. “Pete” Correll and F. Duane Ackerman have been named the 2017 Georgia Trustees, the highest honor the State of Georgia can bestow.  Their induction by Governor Nathan Deal will take place in February at the Trustees Gala.

In conjunction with the Governor’s Office, the Georgia Historical Society reestablished the Georgia Trustees in 2008 as a way of recognizing Georgians whose accomplishments and community service reflect the highest ideals of the founding body of Trustees. The original Georgia Trustees were a governing body chartered and appointed by His Majesty King George II of England in 1732 to establish a new colony in North America.  They founded Georgia upon the principle of Non Sibi, Sed Aliis, “Not for Self but for Others.”  The Governor annually appoints new Trustees whose history-making accomplishments and service reflect the original Trustees’ ideals.

“By appointing these two modern day Georgia Trustees, we honor the work of Pete Correll and Duane Ackerman in both business and philanthropy,” said Dr. W. Todd Groce, President and CEO of the Georgia Historical Society. “We look forward to celebrating these two Georgians who are the embodiment of the noble principle upon which the State of Georgia and the Georgia Historical Society were founded, ‘Non Sibi Sed Aliis’.”

Among his many notable acts of service, when Correll learned that Ebenezer Baptist Church had stopped its renovation project for lack of funds, he called the church where Dr. Martin Luther King, Jr. preached and told them to re-start the construction. He’d get the money, he told them. “We got ten companies to give $100,000 each, and we did it in one afternoon,” Correll says.

Additionally, Ackerman has served on the boards of The Allstate Corporation, United Parcel Service, and The Home Depot.   He is a past chairman of Rollins College, The National Council on Competitiveness, as well as a past chair of the National Security Telecommunications Advisory Committee.  Additionally, Duane Ackerman is a former member of the Homeland Security Advisory Council and has served on the board of governors for the Society of Sloan Fellows of the Massachusetts Institute of Technology.  He was President of the Atlanta Area Council of Boy Scouts of America and chaired the Olympic Park Private Sector Campaign for Centennial Olympic Park. 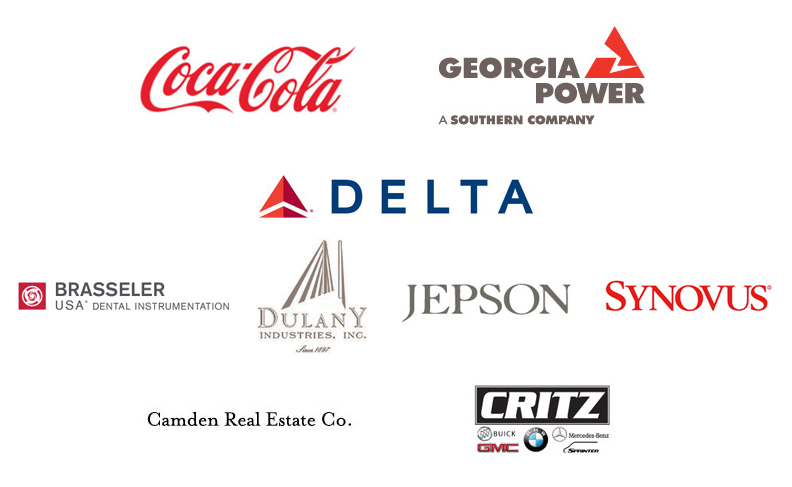