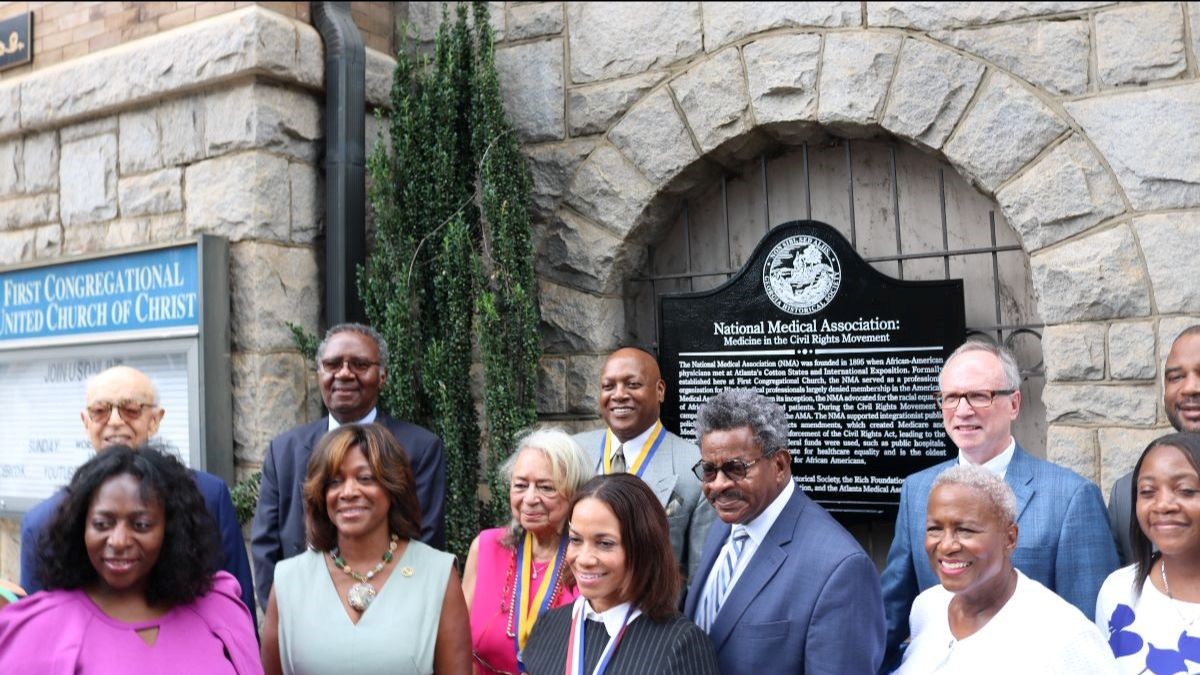 “The National Medical Association: Medicine in the Civil Rights Movement historical marker is the first of five new markers funded by a grant from The Rich Foundation to expand the story of the American Civil Rights Movement in the Atlanta area,” said W. Todd Groce, Ph.D., President and CEO of the Georgia Historical Society. “The marker highlights the medical profession’s contributions to the Civil Rights Movement and provides a unique perspective by illustrating the struggle for human and civil rights in public health from the Jim Crow era through today.”

The National Medical Association (NMA) is the nation’s oldest and largest organization representing African-American physicians and health professionals in the United States. The NMA was founded in 1895 in the meeting room at the First Congregational Church in Atlanta to foster the education and support of physicians of African descent because the American Medical Association (AMA) barred their membership. Today, the national professional and scientific organization represents the interests of more than 50,000 African-American physicians and the patients they serve.

“The historical legacy of the National Medical Association has become a guiding light for my own career in medicine and for the dedication of all physicians who hold health equity as a primary goal of the provision of medical care,” said Vivian Pinn, M.D., a physician-scientist, pathologist, and past NMA President. “The contributions of the NMA over its years of existence are unequalled in their significance in overcoming health disparities, promoting careers of African Americans and other physicians, and representing a source of informed information of unique value to our communities and peoples.”

“Success is not just about what you accomplish in your 127 years but what you inspire others to do successfully,” said Winston Price, M.D., a board-certified pediatrician and past NMA President. “The NMA has continued to deliver on its mission toward equitable healthcare for people of color and a framework for physicians of color to flourish.” 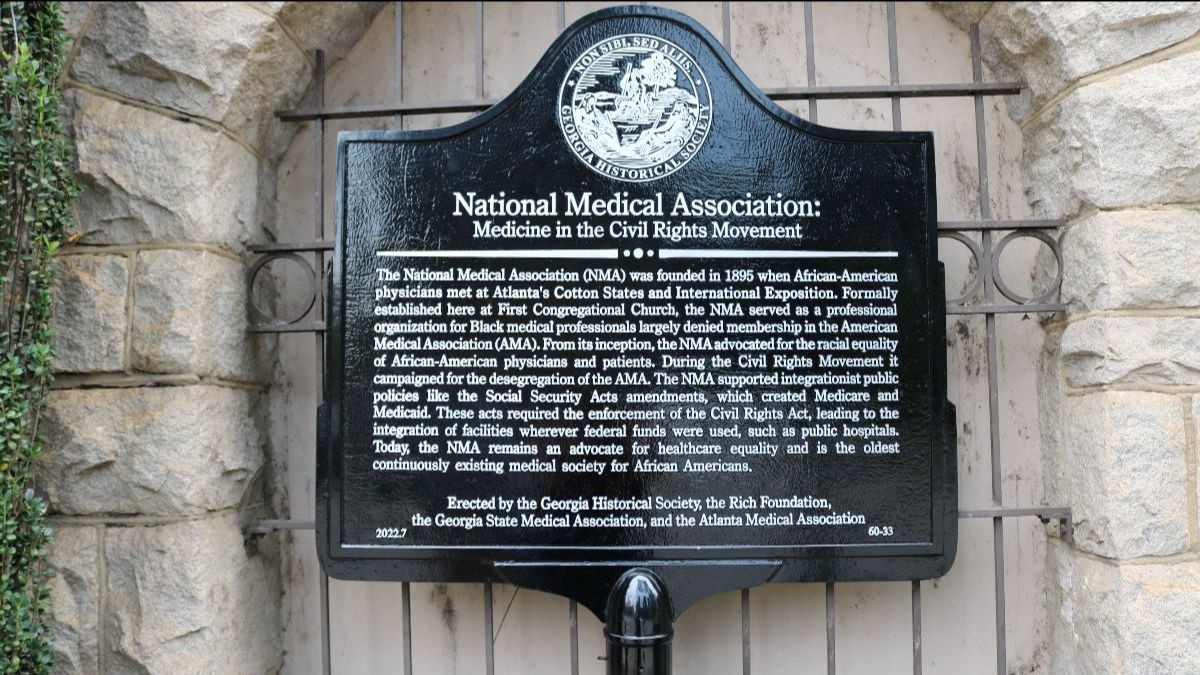 The National Medical Association (NMA) was founded in 1895 when African-American physicians met at Atlanta’s Cotton States and International Exposition. Formally established here at First Congregational Church, the NMA served as a professional organization for Black medical professionals largely denied membership in the American Medical Association (AMA). From its inception, the NMA advocated for the racial equality of African-American physicians and patients. During the Civil Rights Movement, it campaigned for the desegregation of the AMA. The NMA supported integrationist public policies like the Social Security Acts amendments, which created Medicare and Medicaid. These acts required the enforcement of the Civil Rights Act, leading to the integration of facilities wherever federal funds were used, such as public hospitals. Today, the NMA remains an advocate for healthcare equality and is the oldest continuously existing medical society for African Americans.

To learn more about the National Medical Association historical marker, please contact Keith Strigaro, Director of Communications at the Georgia Historical Society, at 912-651-2125 ext. 153 or kstrigaro@georgiahistory.com.

To learn more about the NMA visit NMAnet.org, or for media requests please contact Courtney Holsworth, Director at The Raben Group, at 202-223-2610 or cholsworth@rabengroup.com.

ABOUT THE RICH FOUNDATION
The Rich Foundation is a private Atlanta, Georgia, foundation whose purpose is to benefit non-profit organizations in the field of arts, civics, education, health, environment, and social welfare in the metropolitan Atlanta area. While the Foundation supports all of these areas, its primary focus has been education and social justice. Established in 1943, the Foundation was created to distribute a share of the profits of Rich’s, Inc., the Atlanta department store. Through the years, the Foundation has been a major supporter of Atlanta’s charitable and educational life.