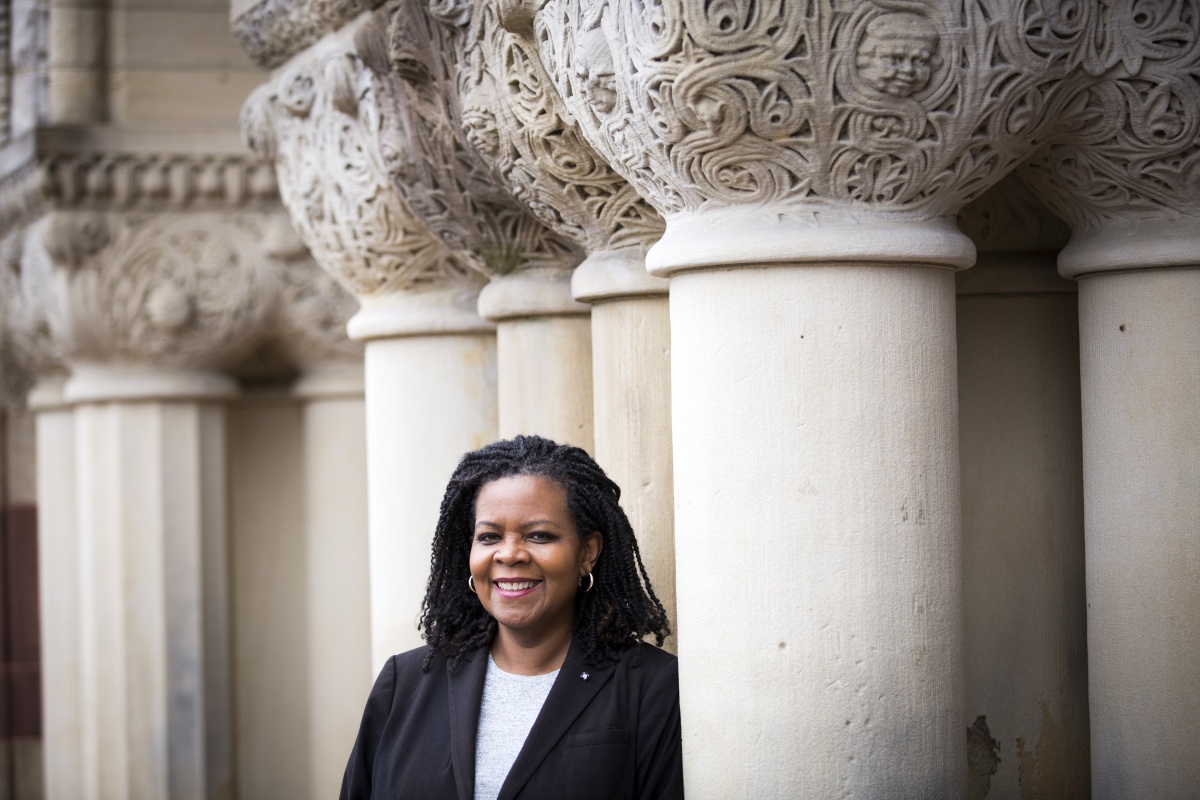 Savannah, GA, November 1, 2022 – On November 17, 2022, the Georgia Historical Society will host a public program with one of the nation’s leading historians, Annette Gordon-Reed. The evening’s program will feature a conversation with Gordon-Reed about the research and reception of her landmark work, including The Hemingses of Monticello: An American Family (winner of the Pulitzer Prize in History in 2009 and the National Book Award in 2008), Thomas Jefferson and Sally Hemings: An American Controversy, and On Juneteenth, her latest book.

This event is free and open to the public, and will take place on Thursday, November 17, 2022, at 7:00 p.m. at the Wesley Monumental United Methodist Church on Calhoun Square, 429 Abercorn Street, in Savannah. A book signing will accompany the event.

Preceding the conversation, Gordon-Reed will be inducted as the newest Vincent J. Dooley Distinguished Teaching Fellow in recognition of her service to the field of history and the Georgia Historical Society.

The Vincent J. Dooley Distinguished Fellows program honors the late Vince Dooley for his lifelong commitment to history and higher education. As a longtime member of the Georgia Historical Society’s Board of Curators, Coach Dooley demonstrated his strong belief in and support of the Society’s mission as a nationally-recognized research and educational institution. The program is designed to accomplish two goals consistent with Coach Dooley’s life and legacy: recognizing senior scholars in the field of history and mentoring and developing emerging historians. The Dooley Distinguished Fellows program permanently associates Coach Dooley’s name with outstanding historical research and scholarship through the ongoing recognition of Teaching and Research Fellows.

As a Dooley Distinguished Fellow, Gordon-Reed will receive a cash prize and a bust of Vince Dooley sculpted by acclaimed artist Ross Rossin of Atlanta. Known for large-scale, oil-on-canvas paintings found on the walls of the Smithsonian National Portrait Gallery, the High Museum of Art, and the Baseball Hall of Fame (to name a few), Rossin has also created busts of legends like Griffin Bell and Arthur Blank as well as the statue of Hank Aaron in Truist Park.

Gordon-Reed has won sixteen book prizes, including the Pulitzer Prize in History in 2009 and the National Book Award in 2008, for The Hemingses of Monticello: An American Family (W.W. Norton, 2008).

In addition to articles and reviews, her other books include Thomas Jefferson and Sally Hemings: An American Controversy (UVA Press, 1997); Andrew Johnson, a volume in the “American Presidents Series” (Times Books/Henry Holt, 2010); and, with Peter S. Onuf, “Most Blessed of the Patriarchs”: Thomas Jefferson and the Empire of the Imagination (Liveright, 2016). Her most recent book, On Juneteenth, was published in 2021 (Liveright).

For additional information please contact Keith Strigaro, GHS Director of Communications, at 912-651-2125, ext. 153 or by email at kstrigaro@georgiahistory.com.