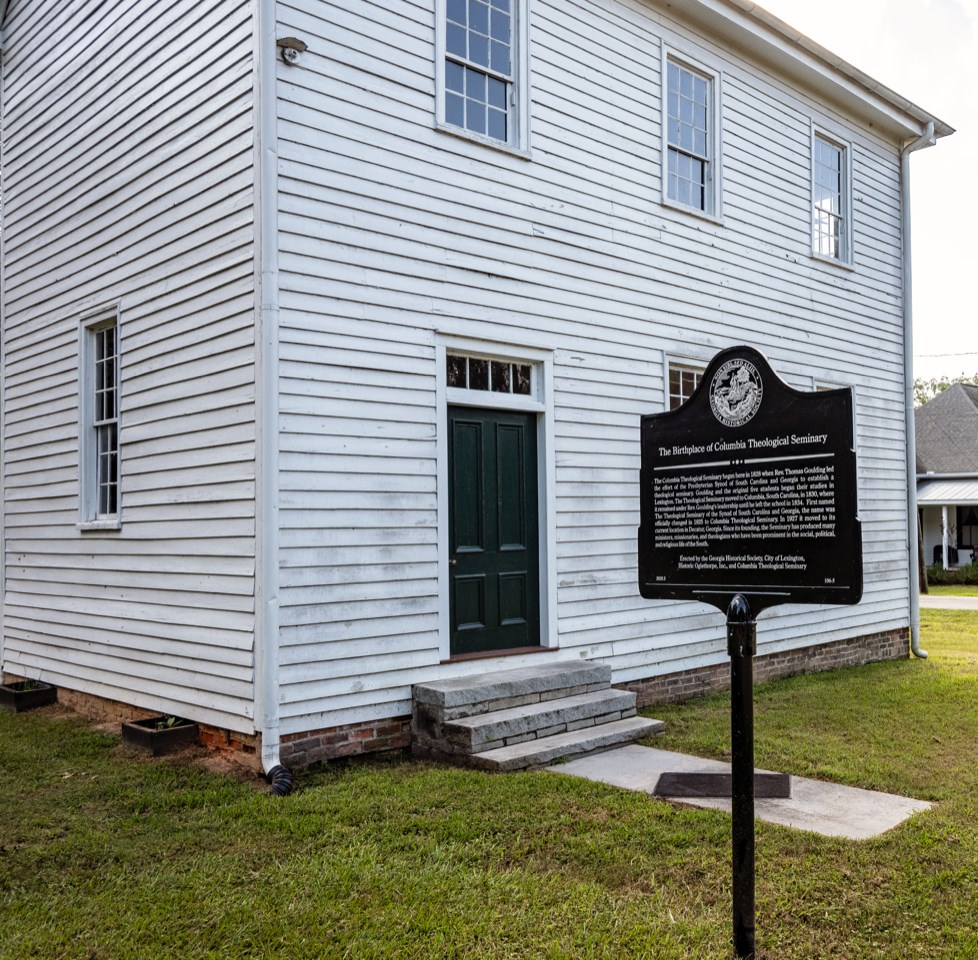 September 14, 2020, Savannah, GA – The Georgia Historical Society today announced the virtual dedication of a new Georgia historical marker for The Birthplace of Columbia Theological Seminary in Lexington, Georgia. In keeping with safety protocols relating to COVID-19 the marker is being highlighted in a first-of-its-kind virtual dedication across all GHS social media platforms and on the web.

The dedication will take place in three parts beginning with this announcement and continuing with a series of blog posts, promotion on social media, and an interview with historian and scholar Erskine Clarke conducted by Stan Deaton, the Dr. Elaine B. Andrews Distinguished Historian at GHS, for his blog Off the Deaton Path that can be accessed on the GHS website and on all social media platforms Thursday, September 17, 2020.

Long associated with its current home in Decatur, Columbia’s founding in Oglethorpe County during the early nineteenth century is less well known. The new historical marker recognizes those early years of establishment and the school’s eventual move to South Carolina (where it gained its current name). Associated with the Presbyterian Church (USA), Columbia has developed one of the region’s leading graduate programs in theological studies.

“We are pleased to be able to dedicate this marker and tell the story of Columbia Theological Seminary,” said Dr. W. Todd Groce, President and CEO of the Georgia Historical Society. “By featuring this marker over the course of several days this week on social media and the GHS blog, we hope to showcase it in a way that brings attention to the rich history of Columbia Theological Seminary as well as the importance of historical markers in telling the stories of people and historic events in Georgia.”

“We wanted to get a historical marker because a historical event took place here that had not been adequately recognized, namely, that Columbia Theological Seminary began right here in Lexington and not in Columbia, South Carolina as commonly assumed,” said Rev. Dr. Alex W. Williams of the Lexington Seminary Committee.

For more information about the Columbia Theological Seminary historical marker or the Georgia Historical Society Historical Marker Program please contact Pattye Meagher, GHS Director of Communications, at pmeagher@georgiahistory.com or by cell at 434.996.7085.

The Birthplace of Columbia Theological Seminary