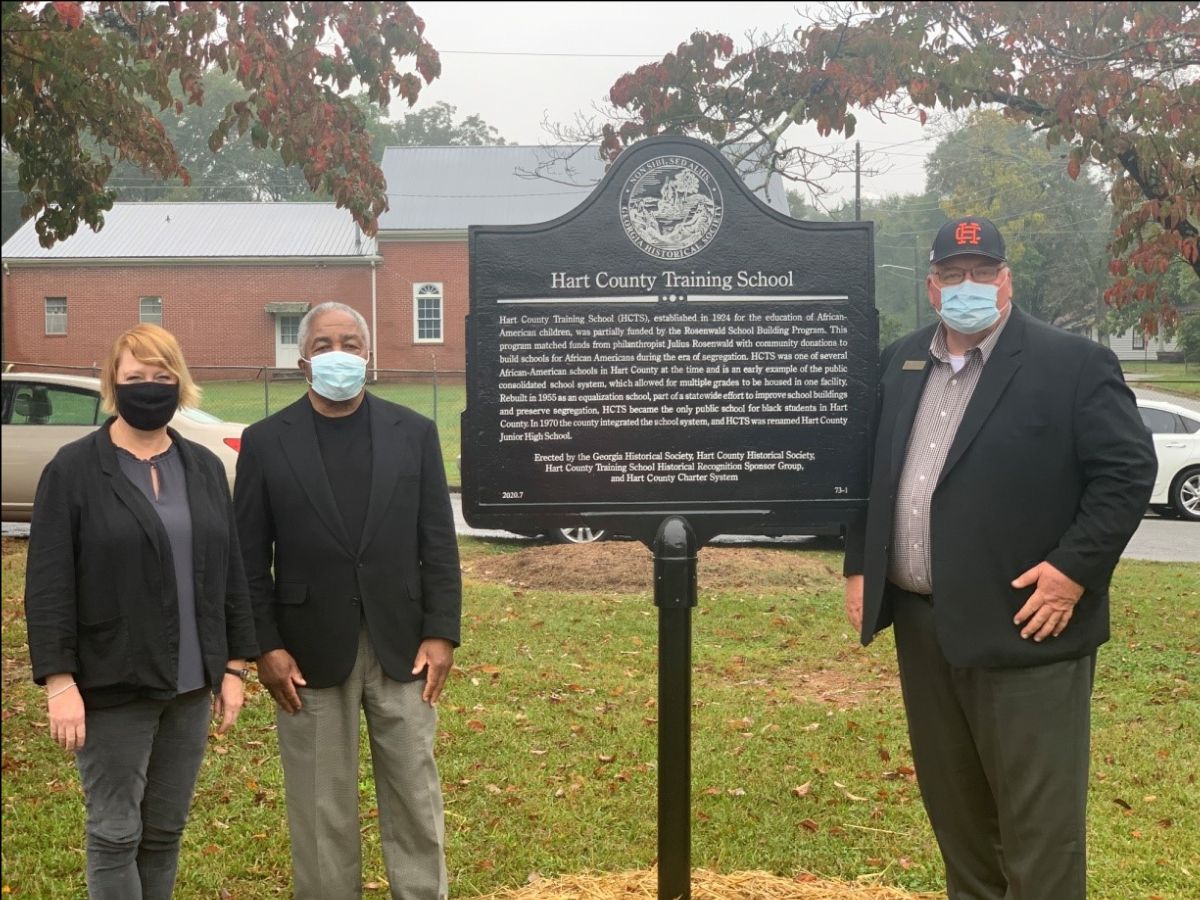 In keeping with safety protocols relating to COVID-19, the marker was dedicated in a small private ceremony in October. The virtual dedication continues throughout this week through a series of blog posts available on all GHS social media platforms and on the web.

Hart County Training School (HCTS), established in 1924 for the education of African-American children, was partially funded by the Rosenwald School Building Program. This program matched funds from philanthropist Julius Rosenwald with community donations to build schools for African Americans during the era of segregation. HCTS was one of several African-American schools in Hart County at the time and is an early example of the public consolidated school system, which allowed for multiple grades to be housed in one facility. Rebuilt in 1955 as an equalization school, part of a statewide effort to improve school buildings and preserve segregation, HCTS became the only public school for black students in Hart County. In 1970 the county integrated the school system, and HCTS was renamed Hart County Junior High School.