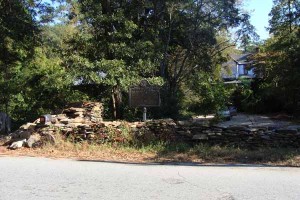 This Federal assault on Johnston’s left & the one at Smyrna on his rt. were incidental to his retreat from Kennesaw to the river. Col. Edward Noyes, 39th O.V.V.I. (Governor of Ohio 1872-1874), lost a leg in this battle.

Tips for Finding This Marker: On Concord Road, south of East-West Connector in Smyrna.