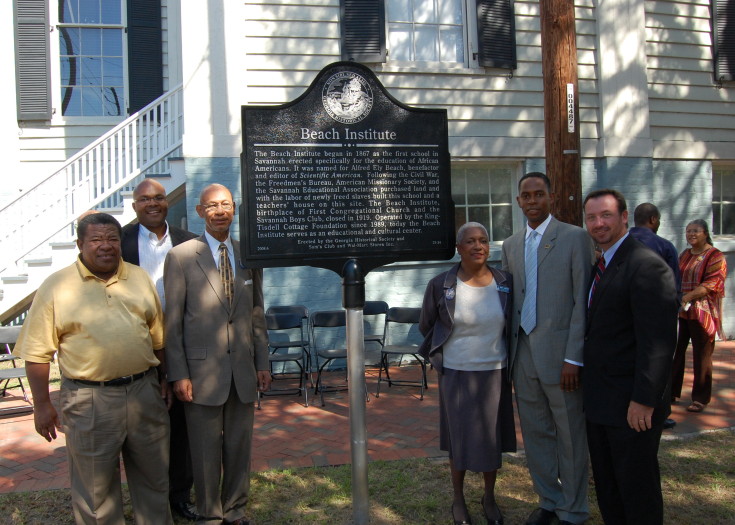 Marker Text: The Beach Institute began in 1867 as the first school in Savannah erected specifically for the education of African Americans. It was named for Alfred Ely Beach, benefactor and editor of Scientific American. Following the Civil War, the Freedmen’s Bureau, American Missionary Society, and the Savannah Educational Association purchased land and with the labor of newly freed slaves built this school and a teachers’ house on this site. The Beach Institute, birthplace of First Congregational Church and the Savannah Boys Club, closed in 1919. Operated by the King-Tisdell Cottage Foundation since 1989, today the Beach Institute serves as an educational and cultural center.

Tips for Finding This Marker: At 502 East Harris Street in Savannah.
To learn more about this marker topic, visit our Hidden Histories online exhibit.