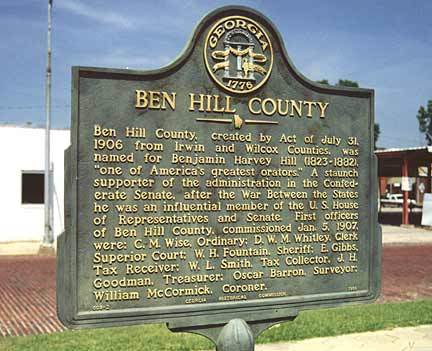 Tips for Finding This Marker: At the county courthouse in Fitzgerald.