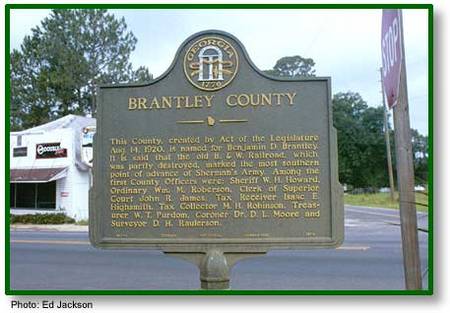 Photo credit to the Carl Vinson Institute of Government.

Tips for Finding This Marker: At the county courthouse, on US 301 in Nahunta.