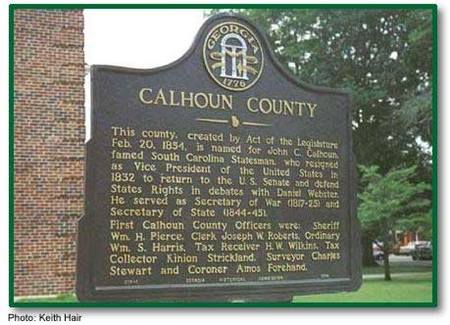 Marker Text: This county, created by Act of the Legislature Feb. 20, 1854, is named for John C. Calhoun, famed South Carolina Statesman, who resigned as Vice President of the United States in 1832 to return to the U.S. Senate and defend States Rights in debates with Daniel Webster. He served as Secretary of War (1817-25) and Secretary of State (1844-45).

Tips for Finding This Marker: At the county courthouse in Morgan.