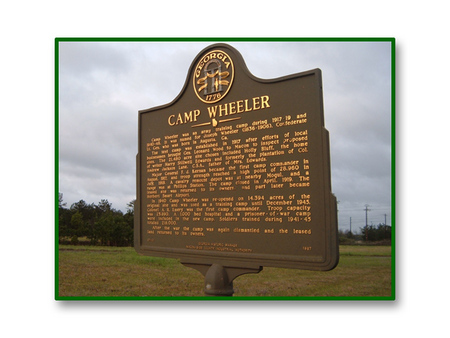 Photo credit to the Carl Vinson Institute of Government.

Major General F.J. Kernan became the first camp commander in August, 1917, and troop strength reached a high point of 28,960 in July, 1918. A cavalry remount depot was at nearby Mogul, and a range was at Phillips Station. The camp closed in April, 1919. The leased site was returned to its owners, and part later became Herbert Smart Airport.

After the war the camp was again dismantled and the leased land returned to its owners.