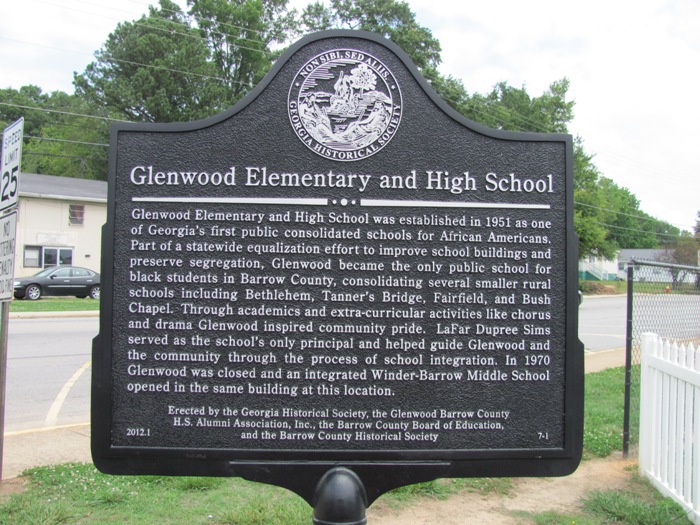 Marker Text: Glenwood Elementary and High School was established in 1951 as one of Georgia’s first public consolidated schools for African Americans. Part of a statewide equalization effort to improve school buildings and preserve segregation, Glenwood became the only public school for black students in Barrow County, consolidating several smaller rural schools including Bethlehem, Tanner’s Bridge, Fairfield, and Bush Chapel. Through academics and extra-curricular activities like chorus and drama Glenwood inspired community involvement and pride. LaFar Dupree Sims served as the school’s only principal and helped guide Glenwood and the community through the process of school integration. In 1970 Glenwood was closed and an integrated Winder-Barrow Middle School opened in the same building at this location.

Tips for Finding This Marker: At the intersection of King and Wood Streets in Winder