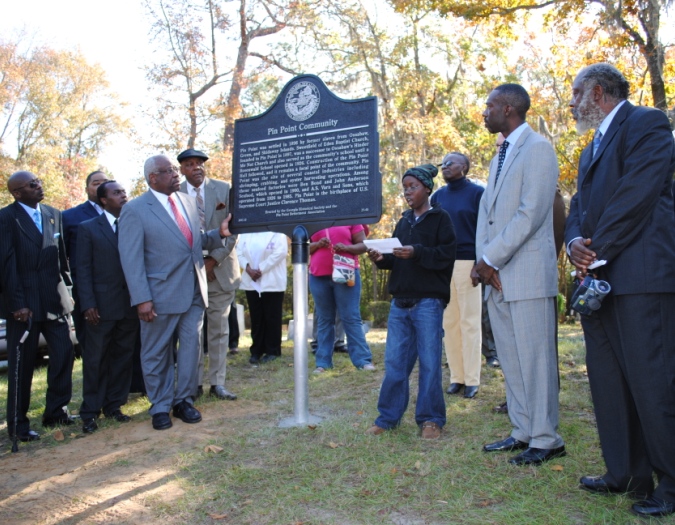 Marker Text: Pin Point was settled in 1896 by former slaves from Ossabaw, Green, and Skidaway Islands. Sweetfield of Eden Baptist Church, founded in Pin Point in 1897, was a successor to Ossabaw’s Hinder Me Not Church and also served as the community’s school until a Rosenwald School opened in 1926. Construction of the Pin Point Hall followed, and it remains a focal point of the community. Pin Point was the site of several coastal industries including: shrimping, crabbing, and oyster harvesting operations. Among these seafood factories were Ben Bond and John Anderson Seafood, which opened in 1900, and A.S. Varn and Sons, which operated from 1926 to 1985. Pin Point is the birthplace of U.S. Supreme Court Justice Clarence Thomas.

Tips for Finding This Marker: At 9630 Lehigh Avenue in Savannah
To learn more about this marker topic, visit our Hidden Histories online exhibit.