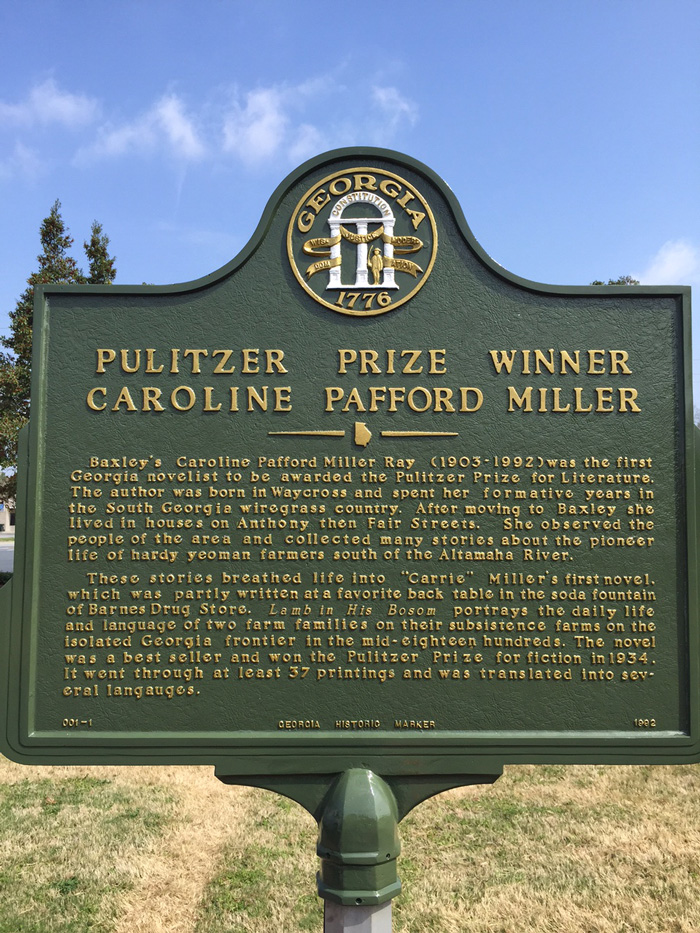 Marker Text:  Baxley`s Caroline Pafford Miller (1903-1992) was the first Georgia novelist to be awarded the Pulitzer Prize for Literature. The author was born in Waycross and spent her formative years in the South Georgia wiregrass country. After moving to Baxley she lived in houses on Anthony then Fair Streets. She observed the people of the area and collected many stories about the pioneer life of hardy yeoman farmers south of the Altamaha River.

These stories breathed life into “Carrie” Miller`s first novel, which was partly written at a favorite back table in the soda fountain of Barnes Drug Store. Lamb in His Bosom portrays the daily life and language of two farm families on their subsistence farms on the isolated Georgia frontier in the mid-eighteen hundreds. The novel was a best seller and won the Pulitzer Prize for fiction in 1934. It went through at least 37 printings and was translated into several languages.

Tips for Finding This Marker: Marker is at the intersection of Golden Isles Highway (U.S. 341) and South Oak Street in Baxley.