Sherman’s March to the Sea: Battle of Shaw’s Bridge and Shaw’s Dam

Sherman’s March to the Sea: Battle of Shaw’s Bridge and Shaw’s Dam 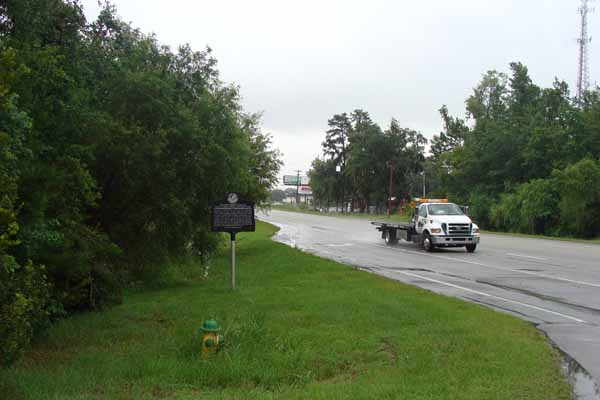 Marker Text: Beginning on December 10, 1864, Union and Confederate soldiers fought near here at Shaw’s Bridge and Shaw’s Dam, as Union General William T. Sherman’s army moved toward Savannah. During bloody fighting, Confederates twice repulsed Union attempts to overwhelm the Confederate earthworks covering the causeway across the Savannah-Ogeechee Canal. On December 20, 1864, after the fall of Fort McAllister due south of here, the Confederates abandoned their defensive positions and retreated into the city, setting the stage for the surrender of Savannah two days later and marking the end of Sherman’s March to the Sea.

Tips for Finding This Marker: On Chatham Parkway, north of Ogeechee Road in Savannah