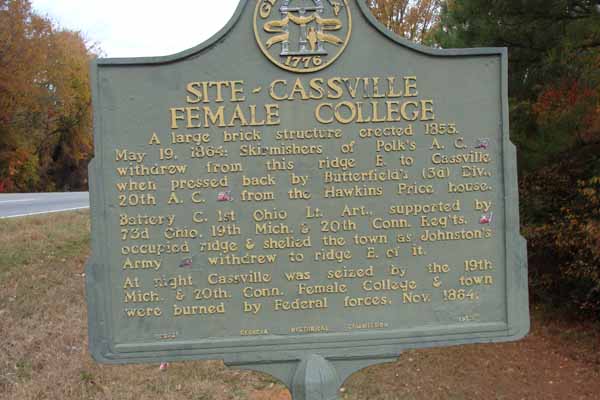 At night Cassville was seized by the 19th Mich. & 20th Conn. Female College and the town were burned by Federal forces, Nov. 1864.

Tips for Finding This Marker: At the intersection of US 41 and Willow Lane in Cassville.