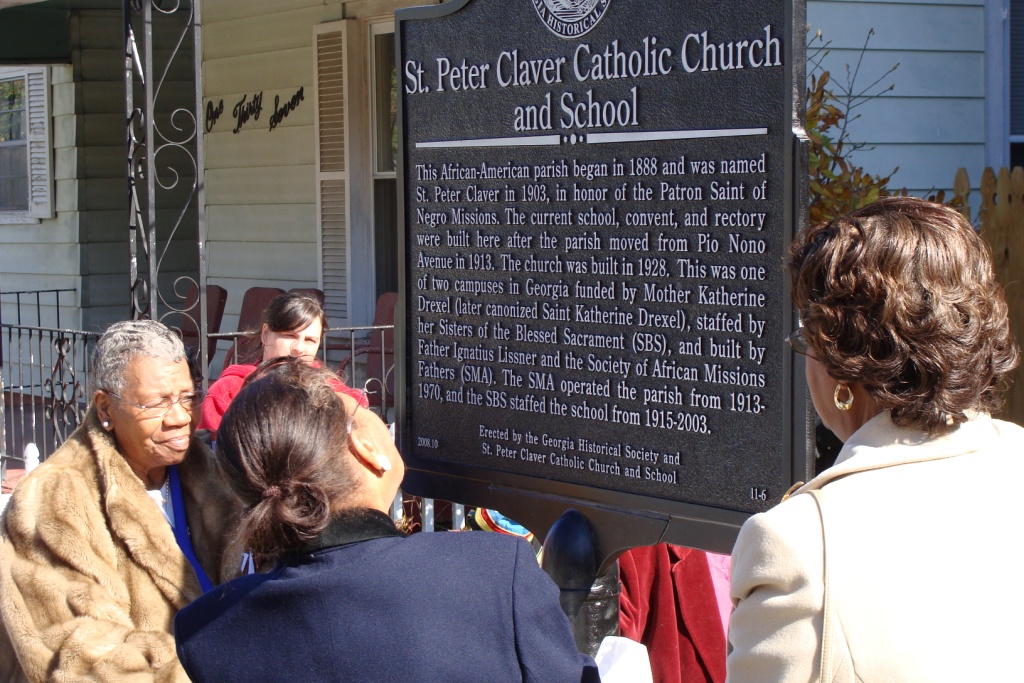 Marker Text: This African-American parish began in 1888 and was named St. Peter Claver in 1903, in honor of the Patron Saint of Negro Missions. The current school, convent, and rectory were built here after the parish moved from Pio Nono Avenue in 1913. The church was built in 1928. This was one of two campuses in Georgia funded by Mother Katherine Drexel (later canonized Saint Katherine Drexel), staffed by her Sisters of the Blessed Sacrament (SBS), and built by Father Ignatius Lissner and the Society of African Missions Fathers (SMA). The SMA operated the parish from 1913-1970, and the SBS staffed the school from 1915-2003.

Tips for Finding This Marker: At 131 Ward Street in Macon