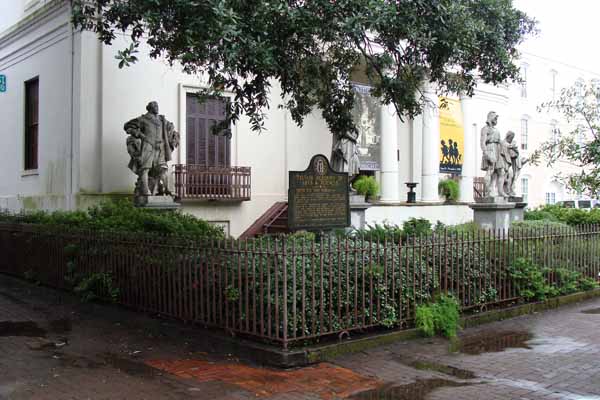 Marker Text: Created under the Will of Miss Mary Telfair (c. 1789-1875), the Telfair Academy of Arts & Sciences opened as the first public art museum in the Southeast with a preliminary private showing, February 12, 1885.

Tips for Finding This Marker: On Barnard and President Streets in Savannah.