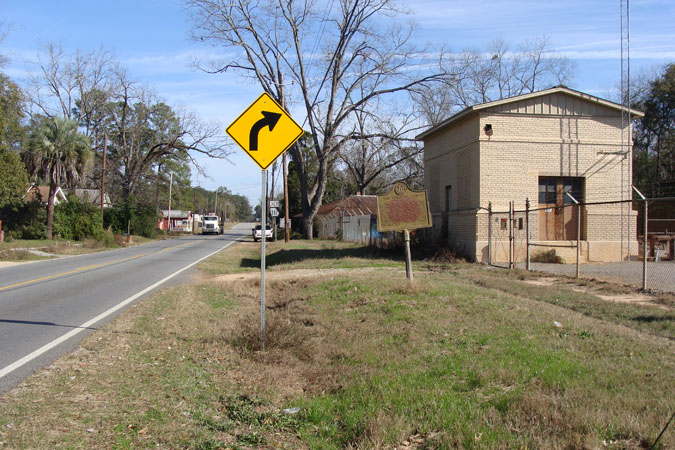 Marker Text: The Tonge Factory, owned by S. D. Tonge, stood on the South bank of the Flint River one-fourth mile West of here. The cloth produced by this plant was used by the women of Bainbridge to make uniforms for the Confederate soldiers of Decatur county. The factory also supplied the county’s needy with cotton yarn during the critical period of the War Between the States. In July, 1864, Mr. Tonge gave the Macon Hospital enough cotton to produce 1,200 mattresses for the comfort of the sick and wounded Confederate soldiers sent to Macon from battle areas.

Tips for Finding This Marker: On GA 97 North, south of GA 311 in Bainbridge.