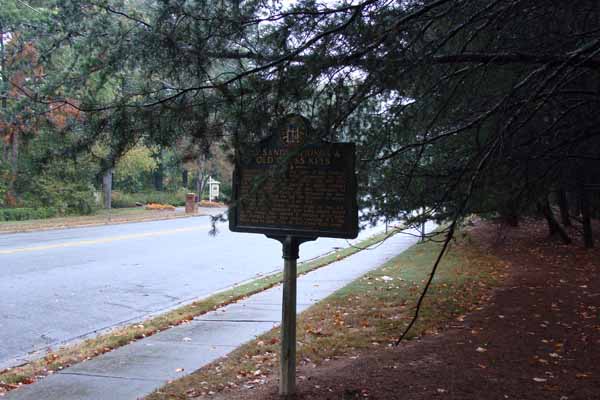 Marker Text: Schofield’s 23d A.C. the first of the Federal forces to cross the river, remained on this ridge from July 8 to 17, 1864. On the 17th the corps began its march to make contact with McPherson’s Army of the Tennessee at Old Cross Keys. Cox’s (3d) followed by Hascall’s (2d) div. took the rd. (Mt. Vernon) to Sandy Springs Camp Ground 1 mi. N.E.

To present a wider corps front to the S.E. Hascall’s div. detoured (via Long Island Drive) to Mt. Paran Rd. where it camped at or near the Burdett farm that night – moving N.E. the next day to join Cox on the Cross Keys road.

Tips for Finding This Marker: At the intersection of Mt. Vernon Highway and Heards Ferry Road in Sandy Springs