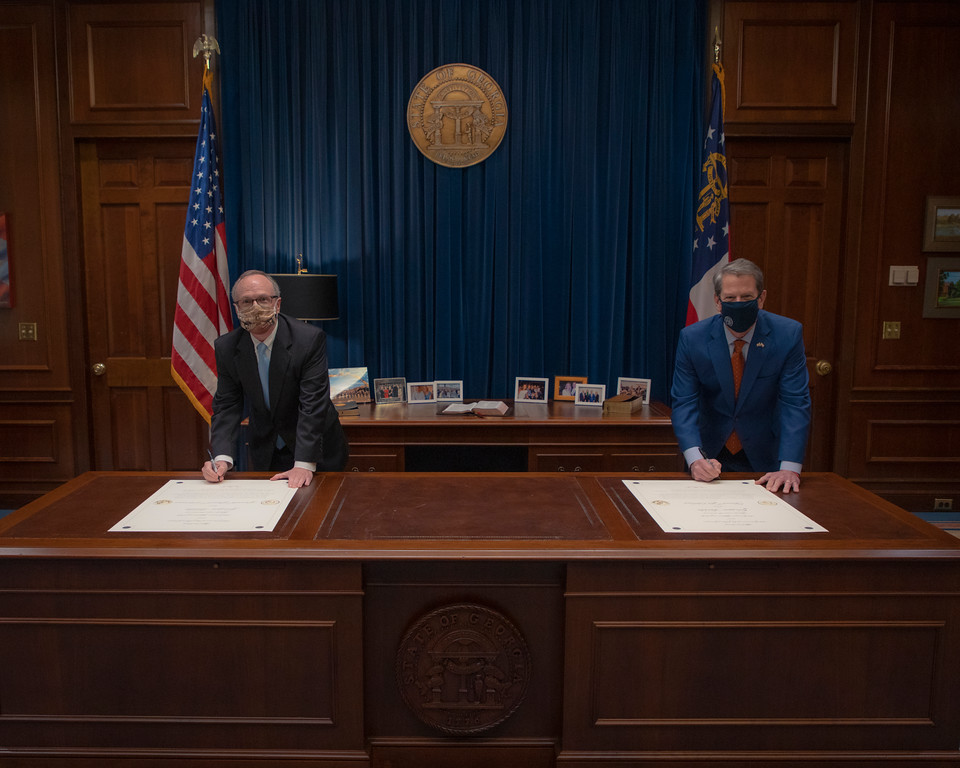 Atlanta, GA, February 11, 2021 – On the eve of Georgia Day, celebrating the 288th anniversary of the founding of the Georgia colony, The Honorable Brian Kemp, Governor of Georgia, and Dr. W. Todd Groce, President and CEO of the Georgia Historical Society, officially appointed David P. Abney and Juanita Powell Baranco as the 2021 Georgia Trustees in a signing ceremony at the Georgia State Capitol.

“It is my honor to be here with Governor Brian Kemp on the eve of Georgia Day as we appoint the 2021 Georgia Trustees, David Abney and Juanita Baranco,” said Dr. W. Todd Groce, President and CEO of the Georgia Historical Society. “Their lives and commitment to service reflect the ideals of the original Trustees, the founders of Georgia, who lived by the motto ‘Not for Self, But for Others,’ and we look forward to recognizing their many accomplishments and honoring them at their induction ceremony on June 5, 2021.”

“I’m honored to join Dr. Todd Groce in appointing David P. Abney and Juanita Powell Baranco as the 2021 Georgia Trustees,” said Governor Kemp. “For over 180 years, the Georgia Historical Society has played a critical role in preserving the stories and traditions of our great state. Each year, we appoint new Georgia Trustees who have shown a steadfast commitment to that mission and whose lives of service reflect the best ideals of our founders. With legacies of great accomplishments for their state and in their communities, David and Juanita are the perfect fit to be this year’s Trustees. On behalf of all Georgians, I am grateful for their contributions to our state, and I look forward to their induction later this year.”

In conjunction with the Governor’s Office, the Georgia Historical Society reestablished the Georgia Trustees in 2008 as a way of recognizing Georgians whose accomplishments and community service reflect the highest ideals of the founding body of Trustees. The original Georgia Trustees, a governing body chartered and appointed by His Majesty King George II of England in 1732 to establish a new colony in North America, founded Georgia upon the principle of Non Sibi, Sed Aliis, “Not for Self, But for Others.” The Governor annually appoints new Trustees whose history-making accomplishments and service reflect the original Trustees’ ideals.

This year the Georgia Historical Society (GHS) has selected David P. Abney, former CEO of United Parcel service, business leader and philanthropist; and Juanita Powell Baranco, Executive Vice President and COO of Baranco Automotive Group, trailblazing entrepreneur and community leader, as the 2021 Georgia Trustees, the highest honor the State of Georgia can bestow. The appointment of Abney and Baranco on Georgia Day as Georgia Trustees will be followed by their induction by the Governor on June 5, 2021, at the Trustees Gala.

For more information regarding the 2021 Georgia Trustees or the Trustees Gala, please contact Patricia Meagher, Director of Communications at pmeagher@georgiahistory.com or by phone at 912.651.2125, ext. 153. 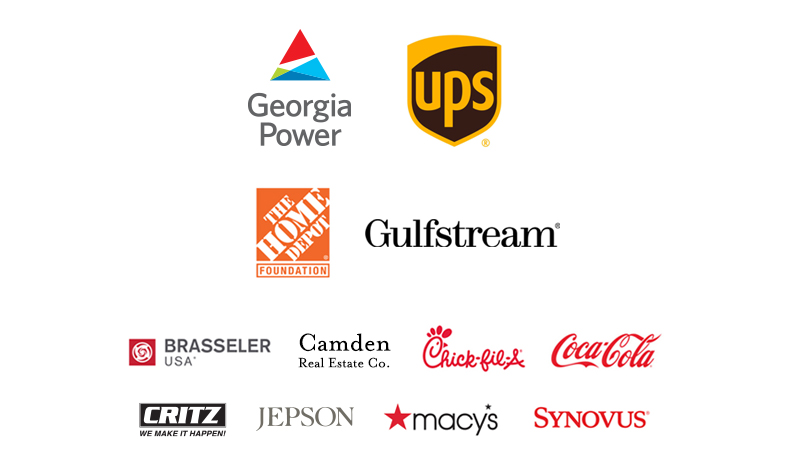