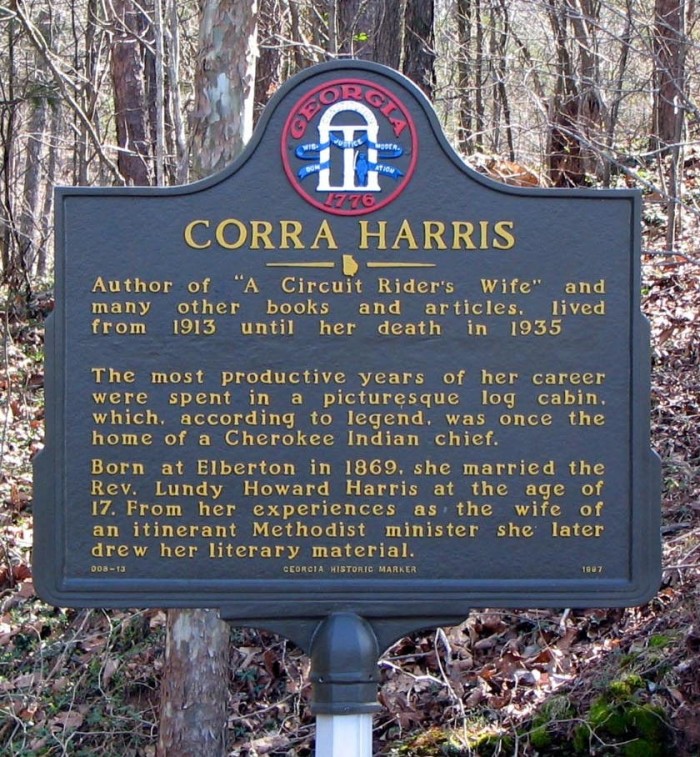 This week’s #MarkerMonday shines a spotlight on Corra Harris, one of Georgia’s celebrated female writers. Born in March 17, 1886, Harris was raised in Elbert County, where she attended Elberton Female Academy but did not graduate. In 1887, she married Methodist minister and educator Lundy Howard Harris; they had three children, one of whom survived infancy. Her husband’s career was plagued by bouts with alcoholism and depression, eventually leading to his death in 1910. Harris’s writing career began out of financial necessity with a letter to the editor of the weekly magazine, the Independent, in support of the Sam Hose lynching. The editors were impressed with her writing style and encouraged further submissions. What began as an editorial submission morphed into a 30-year writing career. 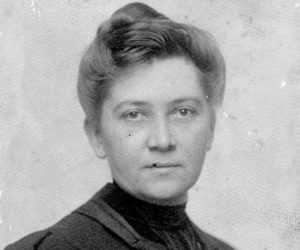 During that time, she published thousands of essays, short stories, and book reviews in nationally recognized magazines such as Ladies Home Journal, Harper’s, Good Housekeeping, and Saturday Evening Post. She also published nineteen books, her most famous being A Circuit Rider’s Wife (1910) which was adapted into the film I’d Climb the Highest Mountain (1951). Harris’ work reached an international scale as she became the first female war correspondent to go abroad during World War I for Saturday Evening Post, often slipping past military checkpoints to report on conditions in the French countryside. Following the war, she returned to her home in Bartow County, Georgia. Harris published two autobiographies, My Book and Heart (1924) and As a Women Thinks (1925).  In the 1930s, she wrote “Candlelit Column,” a tri-weekly article for the Atlanta Journal. Harris died of a heart-related illness in 1935. In 1996, Harris was posthumously inducted into Georgia Women of Achievement, a statewide organization dedicated to recognizing the accomplishments of outstanding women around the State of Georgia.

Explore the links below to learn more about Corra Harris.

Our Georgia History: The Lynching of Sam Hose